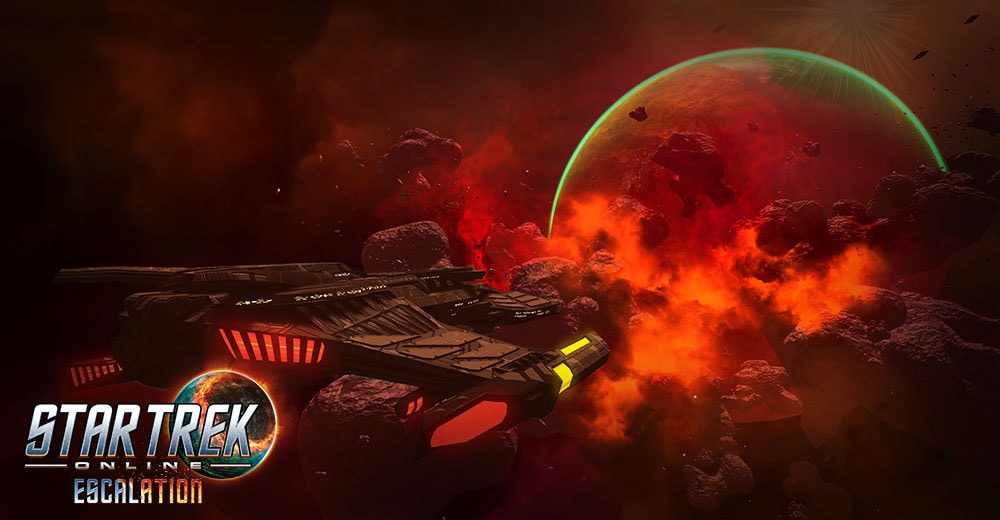 Season 13.5 has come to Xbox One and PlayStation®4, Captains, and it’s bringing with it a ton of revelations and new experiences in the Star Trek universe.

In our newest Featured Episode, “Brushfire,” players will enter a secret prison in the Briar Patch, where House Torg holds their most hated prisoners. That can’t mean anything good for Martok, played by JG Hertzler, in his first role in Star Trek Online.  You will join forces once again with Rodek, voiced by Tony Todd, on an epic Klingon adventure to rescue Martok and return him to the Alliance. There are some amazing moments, and a fantastic story being told that you won’t want to miss out on!

In addition to the story content, Season 13.5 will include an expansion of the existing Admiralty system through our new Ferengi Campaign.  Captains will be able to send their ships on lucrative missions to far off locations and find out if they truly have the lobes for business.  Remember Rule of Acquisition number 75, “home is where the heart is, but the stars are made of latinum”!

We are also proud to introduce the Endeavor System, which will issue you a challenge to complete nearly every other day.  You will be challenged to experience the depth and breadth of STO while earning exciting rewards with every endeavor you complete.

Season 13.5 has great story content, a fantastic update to an existing system in the Ferengi Admiralty Campaign, and the brand new Endeavor System designed to give you regular rewards.

I look forward to seeing you in game!