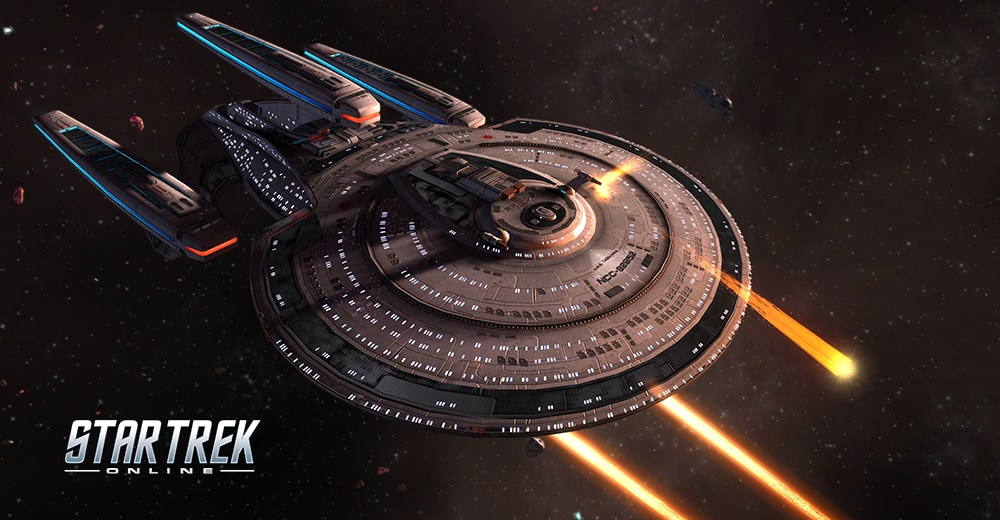 All three of these Tier 6 starships come equipped with the Supplemental Subsystems universal console. Activating this console substantially increases your starship’s maximum subsystem power levels for a short time. While active, incoming energy weapon attacks damage the attacker, and leech a small amount of the attacker’s subsystem power back to you. Additionally, you gain a Subsystem Overload Counter each time you are hit with an energy attack. After obtaining 20 counters you emit a devastating pulse of electrical energy which deals heavy damage to nearby enemies. Affected enemies have all of their subsystems knocked offline for a brief period.

This console provides a passive bonus to all subsystem power levels.

The console mod can only be equipped on Starfleet Dreadnought Cruisers, Advanced Warbirds or Siege Destroyers in any console slot.

All three of these starships have special abilities to create parity with one another. Below are special features found on ships in this bundle. Bolded items are new features not found in the previous tier version.

In short, we wanted to make sure each of these ships had a hangar bay, a built in attack ability and the ability to launch a pet or transform.

Each starship comes with its own unique costume, but they can also use parts from lower tier ships within the same family.

The Yamato can use the Galaxy and Monarch costumes for free, and it can use the Venture’s costume if that starship is owned.

The Kolasi can use the Guramba’s costume for free.

The Kara can use the Ha’apax’s costume for free and it can use the Haakona’s costume if that starship is owned. In addition, owning the Kara Advanced Warbird unlocks costume options for the Ha’feh Assault Warbird and Ha’nom Guardian Warbird.

These starships are available in the C-store individually, or they can be found packaged together in the T6 Cross Faction Dreadnought Bundle.