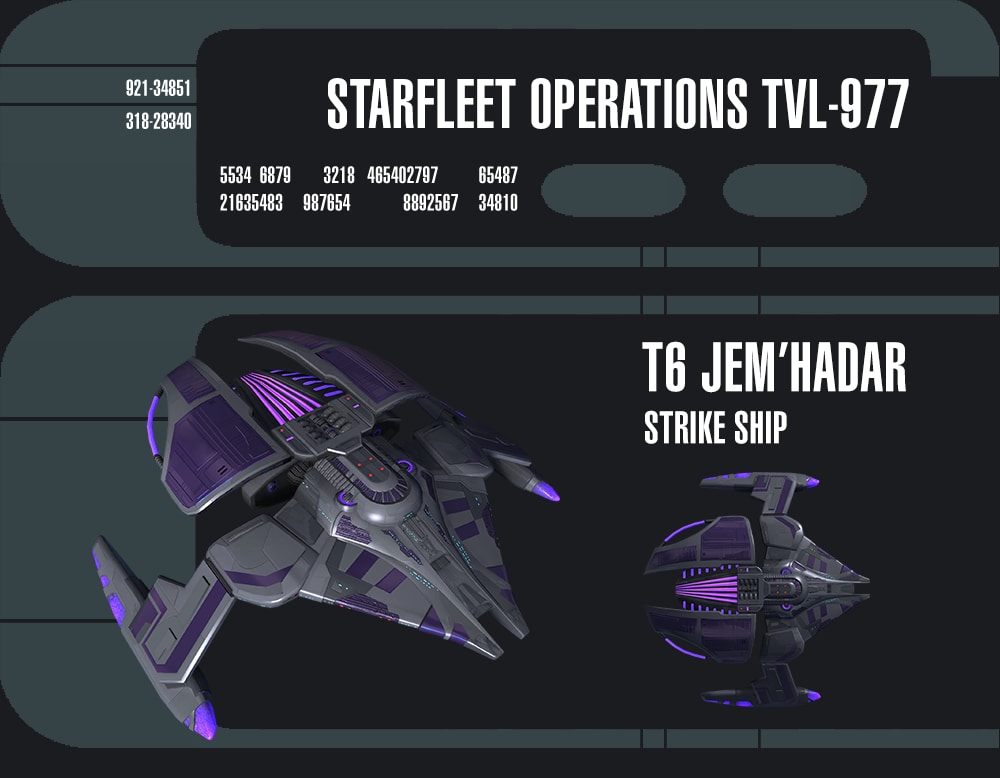 For a limited time, we will berunning a promotion that will provide an additional bonus when opening a Research and Development Pack.

The Jem'Hadar Strike Ship comes equipped with a Dominion Defense Screen console.  This special console cross-links your weapon and shield power conduits to overcharge your shields.  While overcharged, your shields will be nearly impenetrable and regenerate at an incredible rate.  However, firing weapons can rapidly reduce the duration of this effect.

Additionally, while equipped this console provides a modest passive boost to both critical hit chance and critical hit damage.  This bonus is always active.

This Console Mod can be equipped in any console slot, but may only be used on Jem'Hadar vessels.  You may only equip one of these mods on any single ship.

Go for the Kill (Starship Trait)

After achieving level 5 in your Jem'Hadar Strike Ship's starship mastery, you will unlock the Go for the Kill starship trait. While this trait is slotted, critical Hits extend duration of active Cannon: Rapid Fire by 3 seconds. May occur once every 5 seconds.

The following consoles are part of the Dominion Space set:

The Jem'Hadar Strike Ship has a brand new customizable appearance, and while we’re excited to introduce the new Jem’Hadar Strike Ship design and bring the Dominion into the 25th century, Captains who prefer the look of the original Jem’Hadar Attack Ship need not worry, the original visuals of the Attack Ship will be available on your new Strike Ship as well. Additionally, Captains will be able to swap parts between the two designs if they so choose! This starship also features the Jem’Hadar Bridge!