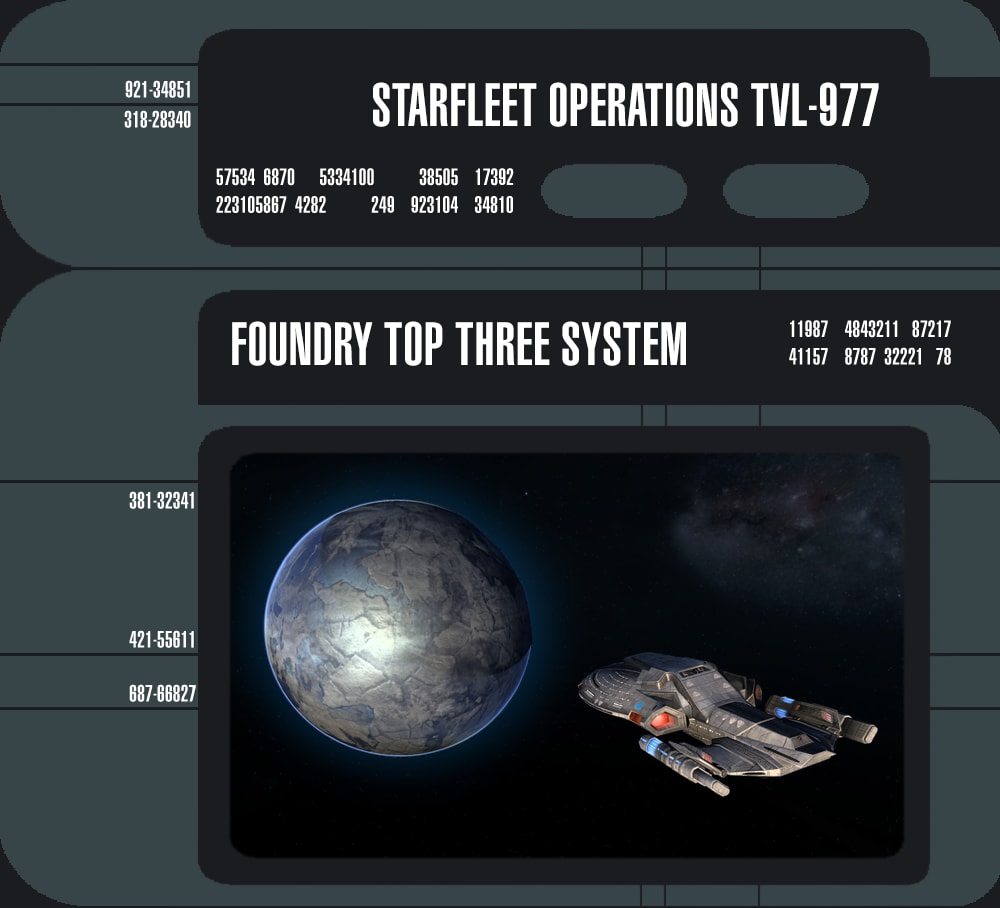 We are pleased to announce an update to the Foundry that should make top-rated missions more easily available for players. This change will be available on Holodeck with the Anniversary update late this month.

The Foundry Top 3 System is a new way for players to play User Generated Content (UGC), and will be available to players in sector space. The goal of this system is to make sector space feel more alive as players will be able to explore and find new missions throughout the sector.

When at a point of interest in sector space such as a planet, up to three UGC missions will be available at the “door” to that point of interest. You won’t see any missions for which you don’t qualify to play because of race or level restrictions.

Missions that need review will not available through the Foundry Top 3 System. The list of missions is the same for all players (assuming identical allegiance and level) and will be refreshed with a new set of missions every few hours. The ones you will see, however, are missions that have been highly rated by other players.

The list of Top 3 UGC missions will appear just below any other missions available to you at that location. Click on one of these UGC missions, and the UGC mission info window will appear. If you choose to accept the mission, it will be added to your Journal.

At this time, only Foundry missions that use the door to a particular point of interest will be available through the Foundry Top 3 system. For example: A mission that starts in sector space at Drozana Station is eligible. One that starts on Drozana Station by clicking an interact on the ground map is not.

We hope that the Foundry Top 3 System will spread highly-rated missions to a wider audience. Missions from the Foundry Top 3 can be used to complete the requirements of “Investigate Author Reports (Repeatable)” which offers 960 Raw Dilithium Ore upon completion and has a 30-minute cooldown. “Investigate Officer Reports (Repeatable)” can be found in the Available tab of the Journal.