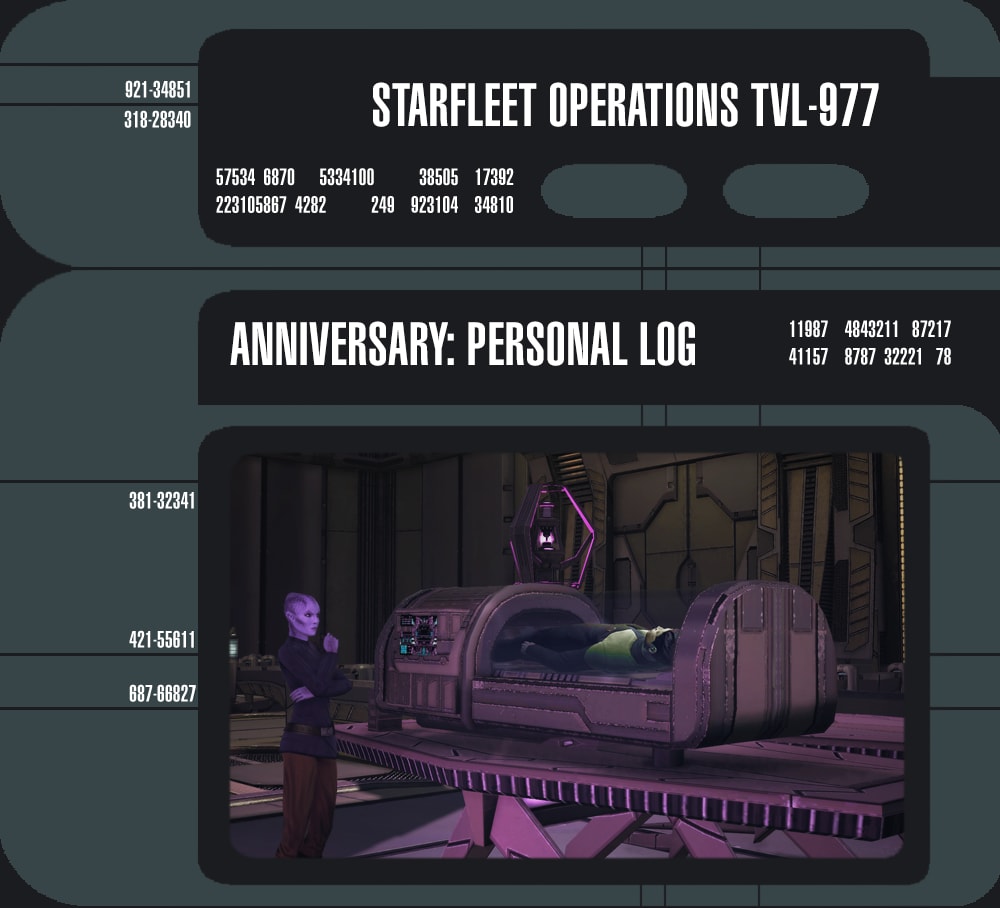 It’s almost time. The healers tell me all his damage is repaired and that the genetic virus is transforming his DNA. Not much longer now, and he’ll be with us. His family.

I still can’t believe we found him. I knew where he might be, but it had been so many years, and anything could have happened. Just finding him was a miracle. Bringing him back … it’s a dream.

We’ve decided to name him Keten. It just feels right, you know? I’m practicing using his name now. I’ve gone to visit him every day since we brought him home, just to see how he’s doing. He doesn’t know I’m there, but … I know. That’s all that matters.

I still don’t know if I’m doing the right thing. I know how hard the transition was for me. I fought it for so long, even ran away from my home and family to my old life. But I didn’t fit there anymore, no matter how hard I tried. They’d moved on without me.

I don’t blame them. People die. Their friends mourn, and then … then they keep on living. It’s what we’re supposed to do. Me coming back … I don’t know if any of us were ready for that. I certainly wasn’t.

I thought I’d just step into my old place on Voyager, and it’d be like I’d never left. But my old place wasn’t there anymore, and my new place was here.

Rebirth was bewildering, and infuriating, confusing … all of it at the same time. I didn’t know who I was, where I belonged … and it’s going to be just as bad for Keten. Maybe worse – he was always so close to his family. I remember this one time back at the Academy when I had no place to go for the fall break, so I asked him to come with me to Risa. It would have been great, but … Harry had to go see his folks. No time for fun.

It’s going to be hard for Keten. But his place on Voyager was filled. His life was over. This is his only chance now, and I want to give it to him.

He just has to accept it.