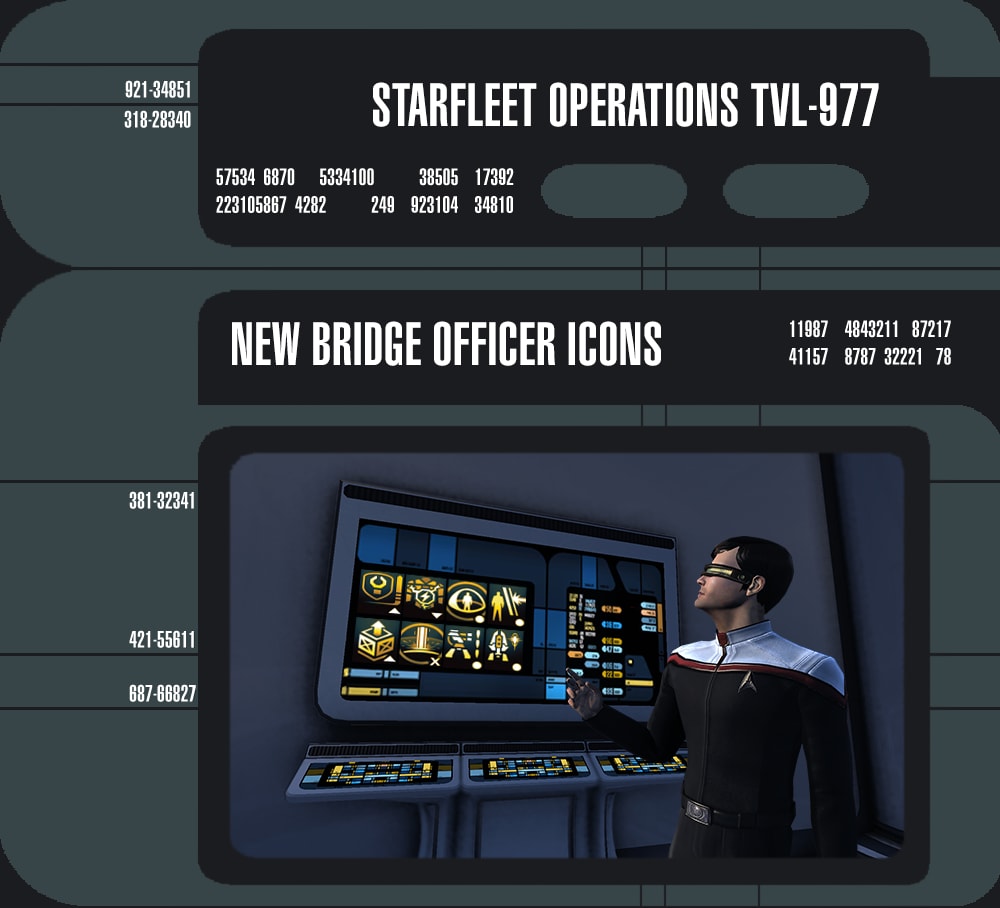 Star Trek Online is getting ready to celebrate its Fifth Anniversary and part of that update includes a major overhaul to how captains train abilities for their bridge officers. The goal of this update is to make it much easier to understand the options available to every bridge officer and make training them more flexible.

Captains will have a much easier time choosing abilities for their bridge officers, but we also wanted to make sure they were better informed about the choices they were making. To that end, the revamp of bridge officer training seemed like a perfect opportunity to update many of the game’s ability icons in tandem.

For most of the bridge officer and captain abilities, these icons have been the same since the game’s launch five years ago… Why change them now? Ultimately it came down to the fact that for many captains, the new training system will expose a large variety of these abilities for the first time. We wanted the icons of these abilities to be intuitive to the purpose and/or the name of the ability.

More intuitive icons makes selecting the abilities in the new BOFF Training system easier and seeing them all at a glance through the new iconography will help players compare and contrast the advantages of each ability.

Most of the icons for Engineering, Science and Tactical abilities in the game currently are extremely abstract and do not have an obviously correlation with the function or name of the power they represent. Our goal with these new icons was to address this issue both for new players and players who are experiencing the breadth of options opened up to them by the new Bridge Officer Training revamp.

This update also provides some useful improvements for veteran captains as well; we have added a “rank” indicator to icons for abilities that are ranked. This means that captains who choose to slot Engineering Team I and Engineering Team II on their tray will be able to see in the lower left corner a roman numeral indicating which is which. The new icon designs also finally standardized the symbols for starship subsystems (Engines, Power, Shields and Auxiliary) with the icon language used by the HUD, making it easier to see how those powers interrelate. Finally, effort was made to standardize the design of various abilities that share cooldowns; for example, all of the “Emergency power to…” abilities use a similar design language, as do grenade abilities on the ground.

While we do anticipate a transition period for everyone who has gotten used to the old icons over the last five years, it is our hope that the new designs are much easier to learn than the old ones. The new icons will be going to Tribble before they hit Holodeck, so interested players can test them there and provide feedback. We have also included a complete look below of all the planned icon changes, contrasting the old and new. Please take a look and let us know what you think! We’ll be looking at feedback and making adjustments building up to the anniversary event.

Having more intuitive icons makes it easier to understand the ability tray at a glance and makes combat more engaging when it is clear how activating any given ability will affect the outcome of a battle. We’ve also taken the opportunity to infuse just a little more “Star Trek” in the game with some of the new icons, and hope that captains will find the change an improvement as we boldly go into the fifth year of Star Trek Online!

The following links represent the new ability icons that will launch with the Fifth Anniversary Event as part of the Bridge Officer Training Revamp. If an ability icon is not changing, it is displayed with “no change” underneath. If a power does not appear here, its icon won’t be changing.