The Mars Class Comes to the Infinity Lock Box! 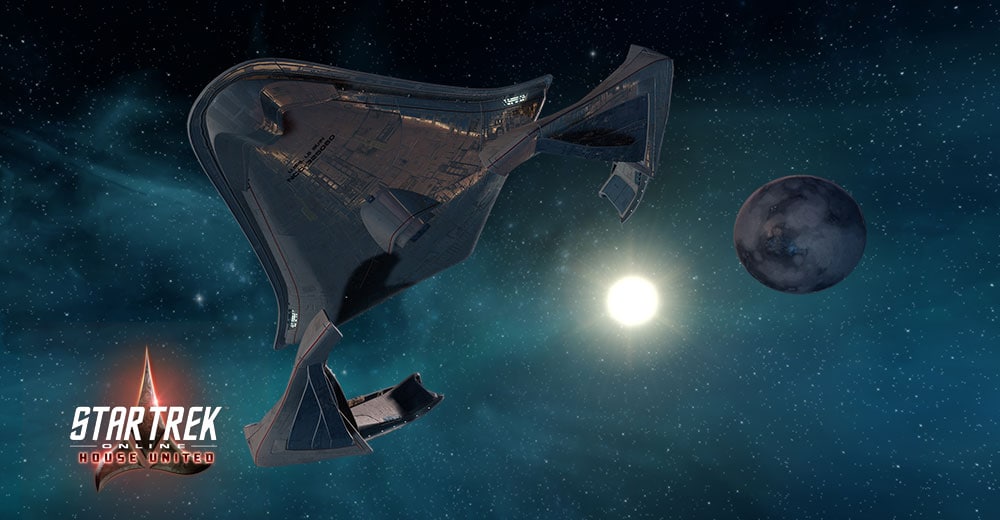 The Infinity Lock Box, containing prizes from nearly all previously-retired Lock Boxes, will gain a brand new prize on August 24th, 2021 (on PC). During this time, enemies defeated on both Ground and Space maps will have a small chance of dropping one of these prize-filled packages, while the Discovery: Far From Home Lock Box will be retired.

This run of the Infinity Lock Box will contain an all-new Tier 6 Starship, the Mars Pilot Escort [T6]! As another refugee from a far-flung future, this Federation starship boasts strange new technologies and detached nacelles. It has been retrofitted to work with modern equipment and officer training from our time period, and should serve as a refreshingly nimble addition to any Captain’s fleet.

This starship's design was born in pursuit of alternative forms of FTL travel that do not rely upon a Dilithium-based reaction. The ship's sleek and streamlined structure, as well as relatively substantial propulsion subsystems, evolved from attempts to reduce warp bubble footprints, and otherwise facilitate the ship's travel using theoretical subspace propulsion techniques. Although the experiments with subspace manipulation ultimately failed to produce viable travel alternatives, the technology was still deemed suitable for defensive purposes, resulting in the Mars-class Escort project being deemed a qualified success. The vessel has been put into production by Starfleet with these specialized subspace emitters in place, but re-purposed to serve as deterrents against factions that might threaten the Federation.

Ships equipped with this technology are able to generate a massive localized distortion in subspace relative to the bow of their vessel, which is sync'd up with the ship's propulsion systems to provide an increase to speed and maneuverability while the distortion persists. It is highly unstable however, and can only last a brief period of time. Upon expiring, it creates a subspace shockwave in normal space that will damage foes out to 5km from the impact point, as well as inhibiting their impulse engines' ability to maneuver in normal space. The distortion emitter is automated to detonate as soon as a foe is found to be within prime detonation range (<2km ahead of your ship's forward arc).

This console also provides a passive bonus to Current and Maximum Engine Subsystem Power, as well as an increase to All Weapon Damage vs. Foes within 5km.

These specialized emitters are capable of forming localized distortions in subspace which can then be propelled toward a nearby foe, distorting their hull and shields, and slowing their ship's ability to maneuver in normal space. These distortions are extremely unstable though, and cannot travel a long distance without dissipating, giving the weapon a short maximum range and an impact that is decreased with distance between its user and its intended large.

While this trait is slotted, the recharge time of Lock Trajectory is reduced to zero, allowing the ability to be immediately re-engaged after it is turned off.

In addition to this benefit, you will gain a reduction to the recharge times on Pilot Abilities, Cannon: Rapid Fire, and Cannon: Scatter Volley, whenever you deal Energy Weapon damage to a foe that is within your forward 90' firing arc. (max once per 5 sec)