Command the Crossfield of the Future! 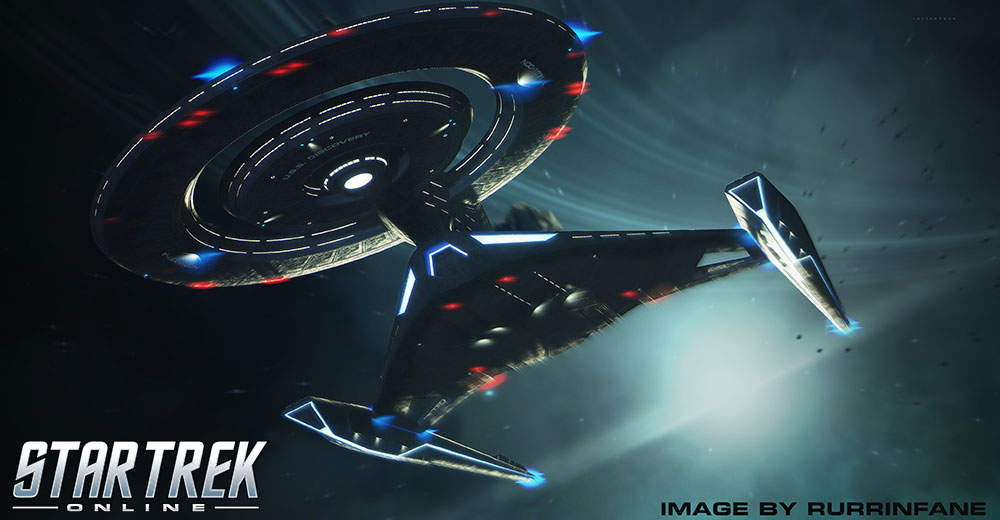 Appearing as the grand prize of the Far From Home Lock Box, players will soon have the opportunity to fly the updated, 32nd-century version of the hero ship appearing on-screen in the latest season of Star Trek: Discovery!

This ship – as true of all Federation starships – may only be commissioned by players that either began their career with the Federation, or later allied through their Romulan or Dominion storyline missions. Captains from the KDF who have reached level 65 will also be eligible to fly this ship, as part of the “Cross Faction Flying” unlock achieved at that level.

Detached nacelles, programmable matter interfaces, improved central processor, nanogel circuitry, a state-of-the-art cloaking device, and much more – this upgraded refit of the original Crossfield-class has been given the makeover of the millennia, and is prepared to defend the Federation and its allies in any time period. True to its original lineage, the refit retains a measure of versatility and durability that places it among the best that the fleet has to offer when it comes to approaching the unknown with a sense of wonder, rather than fear.

By activating this console, a Kwejian Assault Craft may be launched from the ship's aft shuttle bay to come to your aid in combat. The ship is built to damage and harass foes, and is extremely mobile. It will remain in combat until recalled or disabled. If disabled, it will automatically recall itself, and place the console on recharge.

Upon launch, the Kwejian Assault Craft will follow your targeting to the best of its abilities, damaging and harassing whichever foe you are currently targeting. This agile and fast vessel is equipped with multiple phaser weapons, photon torpedoes, and the abilities listed below:

This console additionally proves a passive bonus to Outgoing Healing, Max Hull Capacity, and Recharge Times for Miracle Worker Bridge Officer Abilities. This console may be equipped on any starship in any console slot.

Each time you activate an ability of a Universal Console, your ship gains a boost to universal Critical Hit Chance and Critical Severity. Each activation of this Trait refreshes the duration of all existing stacks, and you may have up to 5 stacks active simultaneously.