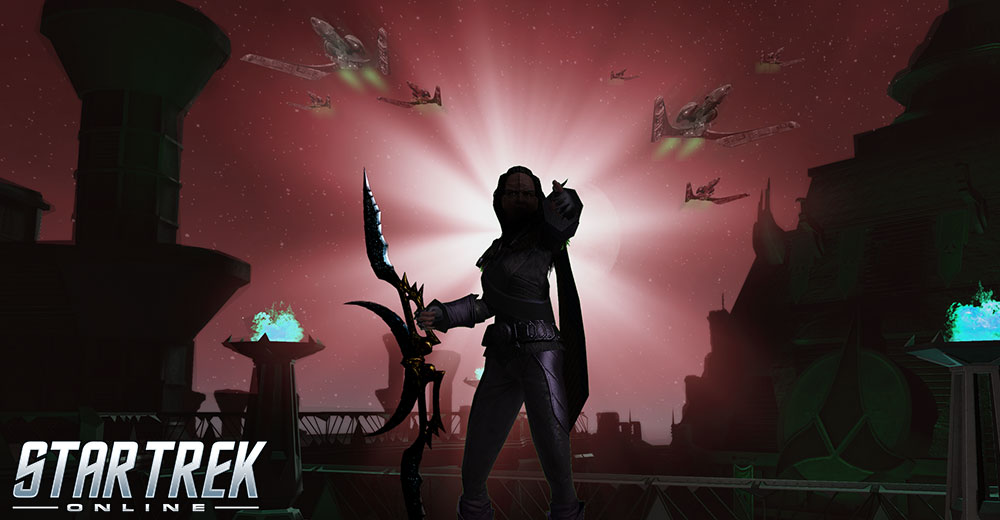 Both sides of the divide in the Empire have redoubled their recruiting efforts, and from the shadows the most promising are redirected to a new path. New Klingon Captains will be known as Klingon Recruits, and they bring with them the backing of their shadowy patron.  With the launch of the Anniversary Update, the Klingon Starting Experience will be completely reimagined, meaning that these Recruits will also have a completely reworked, modern starting story.

There will never be a better time to make a Klingon in Star Trek Online than during the Klingon Recruitment event, which runs from January 26th to February 25th. Characters made during this time will be Klingon Recruits, and they will earn a host of new benefits and rewards to aid them in their leveling experience.

Get ready to make your Klingon Recruit (all accounts are getting one extra free character slot), and keep watching between now and January 26th for more information.