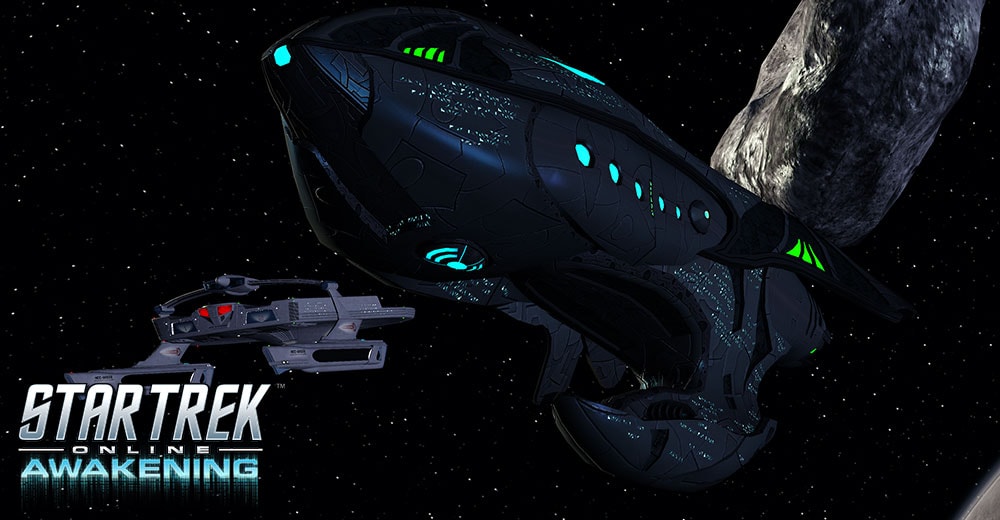 We’ve reworked three of the Delta Quadrant patrols and added them to the new UI. As part of this treatment, they also gain the bonus experience, updated rewards, and improved functionality of the system. In addition, we’ve modified the patrols to make sure that they’re fast and straightforward, with the occasional twist to keep you on your toes. New UI treatments and objective markers make them even easier to understand, too.

For this round we’ve updated the following:

The Hierarchy has a trade outpost in orbit over a resource-rich planet in the Kinbar system, and various Delta Quadrant groups come there to trade. Of course, bolstered trade draws in smugglers, pirates, and brigands, with nobody to stop them… until the Turei call on the Voth to help protect them! Find yourself in the middle of the escort-and-sweep mission to secure Delta Alliance trade in the system alongside Voth ships.

The Voth have a particular distaste for the Borg, and don’t make any special exceptions for the Borg Co-operative. Assist damaged Co-operative ships left behind by a Voth attack, but that means fighting off a few of the Voth as well.

The venerable Zahl homeworld hosts a Krenim colony on one of its moons, but now it’s under attack by the Vaadwaur, who’ve set up space artillery to devastate the refugee ships of the colony. Come to the aid of the escaping ships, but at the same time, the Voth have pursued Vaadwaur ships here and are indiscriminate in engaging foes in the warzone. A three-way battle ensues as you try to assist the refugees and avoid becoming a target of Vaadwaur artillery.

We hope that you enjoy the new versions of these patrols, with more to come!