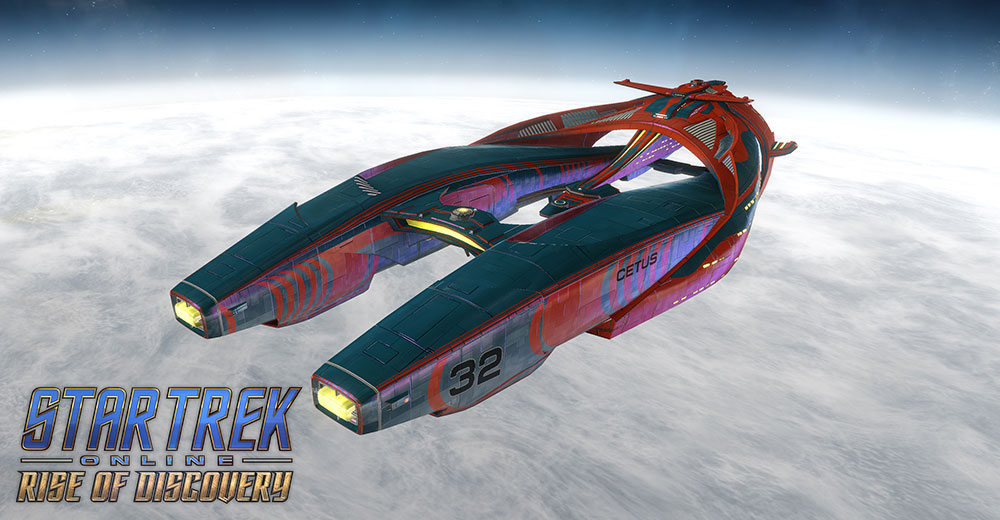 Additionally, players who own a Risian corvette [T6] will be able to purchase the all new Risian Pilot corvette [T6] from their fleet for one Fleet Ship Module and 20,000 Fleet Credits. The Fleet version of the ship will have access to pilot maneuvers, allowing you to barrel roll your way across the stars.

Fleet Ship Modules are an item used in the game to purchase Fleet versions of ships, which are slightly stronger than their original counterpart. You can obtain them in the Zen Store for 500 Zen, purchase them from other players on the Exchange, or get a free one from obtaining Tier 6 in any Reputation. Fleet Credits are earned by donating to projects with your Fleet.

Without further ado, here are the complete details related to these exciting speedy starships!

The Risian corvette was initially designed as a racing ship for entertainment purposes. The ship's incredible speed and maneuverability drew the interest of the Lobi Crystal Consortium, who purchased the rights to manufacture armed versions of the vessel. Now, after years of study and work, some of the galaxy’s finest Ferengi designers have released an updated version with a unique weapon, more bridge capabilities, and faster speed than any other ship in the known galaxy!

When activated, your starship impulse engines go into overdrive, causing a subspace wake nearby that damages and slows nearby foes, while also improving your own mobility.

This console also provides a passive boost to Flight Speed and Maximum Engine Power. This Console can be equipped in any console slot. It may be equipped on any ship. You may only equip one of these consoles.

The Risian corvette [T6] also comes equipped with a Soliton Wave Impeller experimental weapon. The Soliton Wave Impeller channels soliton radiation waves at the target. In addition to damaging and slowing the target, it has a chance of causing radiation damage over time as well. Its unique tie-in with your impulse engines increases its firing rate as your engine power increases.

After achieving level 5 in the Risian corvette [T6], you will unlock the Rhythmic Rumble Starship Trait. While this trait is slotted, activating any Auxiliary power to the Inertial Dampeners or any Pilot Bridge Officer Ability grants you a boost to Damage Resistance Rating and Weapon Power Cost based on your speed.

The Risian corvette was a gratifying success for the Lobi Design Group, but the team lead realized that there would be a need for even higher speed and performance.  The scent of profit was on the wind, and the team went back to the drawing board. After months of intense testing, racing, and a few unfortunate high-speed incidents, the Ferengi designers have released a version of the corvette with a complete focus on speed and maneuverability – the Risian Pilot corvette!