Command Tier 6 Ships at Any Level! 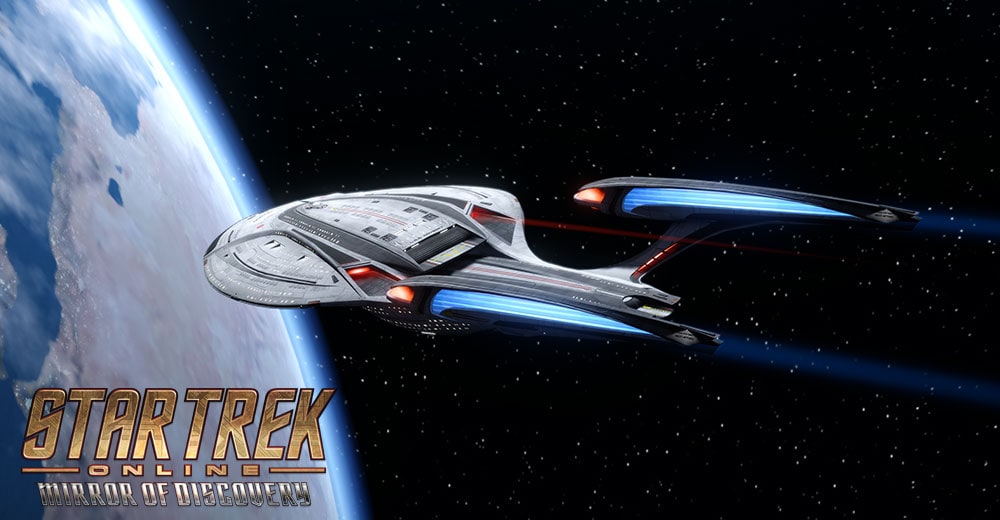 Begining very soon, players of Star Trek Online will have the opportunity to fly any Tier 6 Starship that they own, regardless of their characters’ levels!

Pursuit of this feature began as an experiment with the Prototype Walker, and was later refined over the course of multiple subsequent ship releases, including the Mirror Universe Engle, Shran and M’Chla Pilot Starships, T’Pau Scout Ship, and Styx Terran Dreadnought, among others. With so many successfully-released starships now available to players, this experiment has solidified into a feature we are excited to pursue for all existing Tier 6 Starships, as well as all new ones going forward. We’ve seen a great deal of excitement and appreciation from players over removing the level restrictions on the aforementioned ships, along with the scaling mechanics represented in those ships.  The impact these prototypes have had on the game has been overall positive from our perspective as developers, as well.

Removing level restrictions on so many premium starships allows us to eliminate a barrier that was keeping many players from immediately being able to fly and appreciate the ships they had won or purchased, whether that was from the C-Store, a Lock Box, or from the Exchange. And by replacing the “standard issue” equipment with gear that scales along with you, we are removing some of the further pain points of using these scaling ships as you level up, as any gear you haven’t been able to upgrade with drops or mission rewards, will at least stay level-appropriate.

So, what – exactly – does this mean for you?

What the “Tutorial Experience” encompasses is different per starting faction, and encompasses the completion of all Missions up to and including the following:

This change allows for characters to immediately commission ships obtained from Lock Boxes, Promos, Events, and other non-C-Store sources.

Precisely what this means to different aspects of your ship depends on what its stats and slots look like when you are at level 50+. A full layout of these specifics will be included at the end of this blog. Here is a brief list of the aspects of a ship that will scale as you level up:

(Note: These changes also occurred on many non-T6 ships, if they shared equipment with a T6 starship. This is intentional.)

By changing all of this starter equipment into scaling versions, we are able to ensure that the equipment your starships start with will be usable at any level. It can also now be relied on to keep you “up to speed” as you gain levels, even if you end up unable to replace this equipment with better drops or mission rewards along the way.

As an example, this means that a Romulan will not be able to fly a Federation or Klingon starship until they’ve leveled up enough to have chosen to ally with the faction of their choice, even though they may have met the requirement of completing their faction’s “Tutorial Experience.”

These changes impacts a huge number of starships – more than 400 – each unique in their own right. Managing to retrofit so many existing ships in this way was an endeavor we’ve been hoping to accomplish for some time now, and we’re very excited to see the fruits of those labors.

On each of the following charts, a level indicator of “0” means that the ship will always have the referenced inventory slot, regardless of the level of its captain.

These unlock levels apply to Engineering, Science, and Tactical console slots exactly the same, depending on how many of each individual type your ship is designed to have when it is done scaling up.

To calculate your ship’s Hull Capacity, apply the listed Hull Modifier to the following values. The resulting values may later be increased with skills and equipment that increase maximum hull.

Unfortunately, it’s not as simple as listing this on a table, as the final value of your Shield Capacity also depends upon the level/Mark of the shield item equipped to your ship. You’ll just have to trust us that it scales correctly!

If you wish to get a sneak peek at the impact these changes may have on your characters, these changes will be appearing on our Tribble Test Server within the next few days. We’d love for you to check it out and offer early feedback, but be forewarned that ships purchased on the Zen Store on Holodeck may not carry over their unlock data to the test server.