Stats of the DS9 Lock Box and Lobi Store Ships! 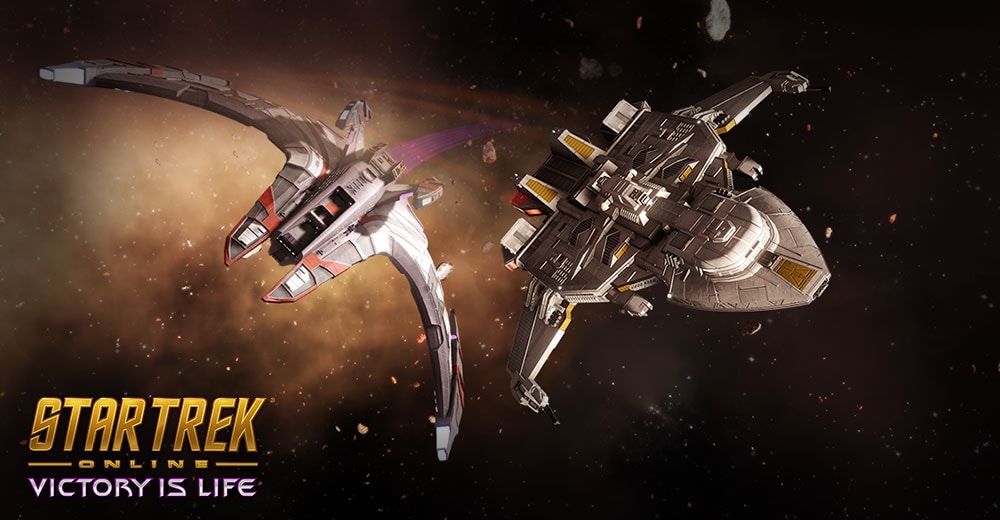 Though the troubled times of the Dominion War are in the past, the repercussions of that tumultuous era are still felt to this day. Even now, with even larger threats looming over the region, iconic starships from the fleets of those days can still be found aiding the efforts of the heroes of the Milky Way.

Both of these starships feature unique combinations of features never before seen in Star Trek Online, which we’re excited to be able to highlight.

The Jem’Hadar Light Battlecruiser [T6] will be the first ship to ever feature two (2) Commander-Rank bridge officer seats, including a rarely-before-seen Commander-rank Universal bridge officer seat. It still has the same total number of seats as other T6 starships, but this unique configuration should offer players some interesting opportunities for ability selection.

The Maquis Raider [T6] will be a full-featured Miracle Worker Primary Specialization starship, despite being a small and nimble raider. To date, all Miracle Worker starships have been large, bulky vessels, built to benefit mostly from the defensive nature of the Specialization. We’re excited to see what putting these capabilities onto a completely different style of vessel may allow players to accomplish!

This commanding vessel was originally seen as one of the primary vessels present in the adversary fleets that assaulted the Alpha and Beta Quadrants during the Dominion War. After the events that led to the disappearance of an enormous Dominion fleet, derelict vessels of this type were periodically spotted near Bajoran and Cardassian space over the subsequent decades. These ships have all be refitted and brought up to modern standards, for use by the allied forces of the Milky Way.

Activating your Personal Wormhole Generator allows you to travel great distances very quickly while untargetable and invisible for a very brief time. While in the wormhole you will regain Hull Hitpoints over time. Upon exiting the wormhole, you will gain a potent damage buff.

This console also provides a passive bonus to Directed Energy Damage and Defense.

After achieving Level 5 in your Jem’Hadar Light Battlecruiser, you will unlock the “Obedience is Victory” Starship Trait. While this starship trait is slotted, you will summon a Jem'Hadar Attack Ship whenever you activate Engineering Team, Tactical Team or Science Team. This ally will fight by your side for a brief time. Subsequent activations of Team abilities will extend the duration of the ally’s help.

Although the Maquis resistance was short-lived, this fierce group of independent rebels left an indelible mark on the history of the region of space along the Cardassian-Federation border, and beyond. Their reliance on guerilla tactics, inventive uses of technology, and environmental hazards like those found in the Badlands, are still studied by military organizations to this day. This Raider represents the culmination of the innovative and unerring determination of the Maquis, blending the utilitarian flexibility of universal seating with the offensive capabilities of any other modern strike ship.

Miracle Worker vessels are outfitted with a special Console Slot which can fit any Console that would normally require an Engineering, Science or Tactical slot. This Universal Console Slot is in addition to the standard number of slots available on ships of the same tier.

A few clever Maquis sometimes referred to the exotic gasses of the Badlands by the nickname of "phlogiston" -- an archaic element believed by 18th-century Earth scientists to be the source of combustion. Although scientifically inaccurate, the term stuck around as a sort of slang. This experimental weapon emits an oxygen-rich mixture of these gaseous elements harvested from the Badlands plasma fields, and ignites them. This violent reaction briefly burns at temperatures comparable to solar ejections, causing structural damage to even the hardiest of starships.

Activating this ability will create a massive plasma storm at your target's location. The plasma storm deals plasma damage and pulls enemies into its center while drastically slowing their flight speed.

After achieving Level 5 in your Maquis Raider, you will unlock the “Badlands Tactic” Starship Trait. While this starship trait is slotted and you are within 3km of an anomaly or Plasma Storm you control, you gain a moderate boost to stealth, defense and flanking damage.