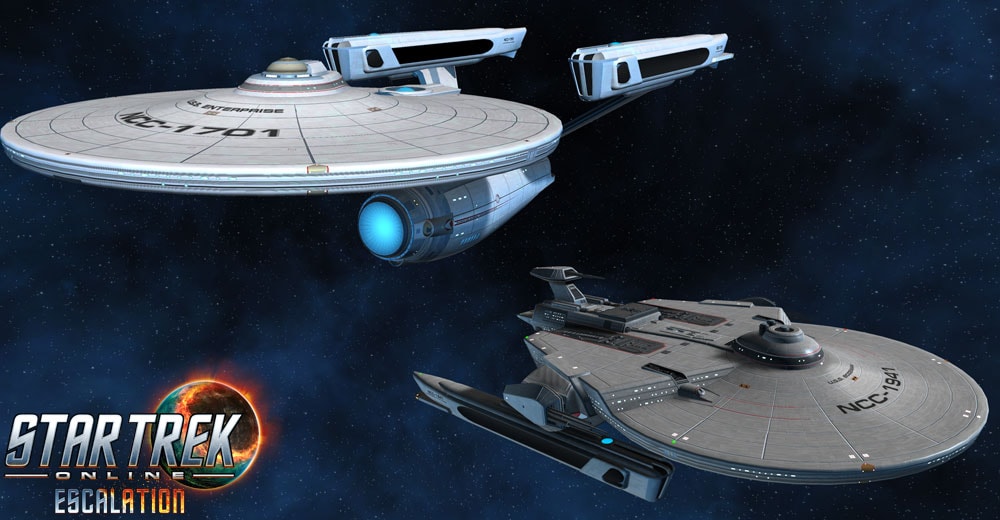 Greetings, Captains! The Ship Team and all of the artists are hugely passionate fans of the Star Trek Universe, and are always looking for ways to make the universe of Star Trek Online feel even closer to the canon we all know and love. With that in mind, Lead Ship Artist Thomas Marrone has created several new updates to classic ships that we think you'll love. Take it away, Thomas:

Greetings captains! A little while ago, we were proud to introduce the revamped model of the venerable Miranda-class starship. While everyone was excited to see this classic ship get a facelift, there were a few visual options some of you hoped for that didn’t quite make it in. We heard your feedback and spent some extra time at the shipyards to bring you these options, which will be available in an upcoming update. 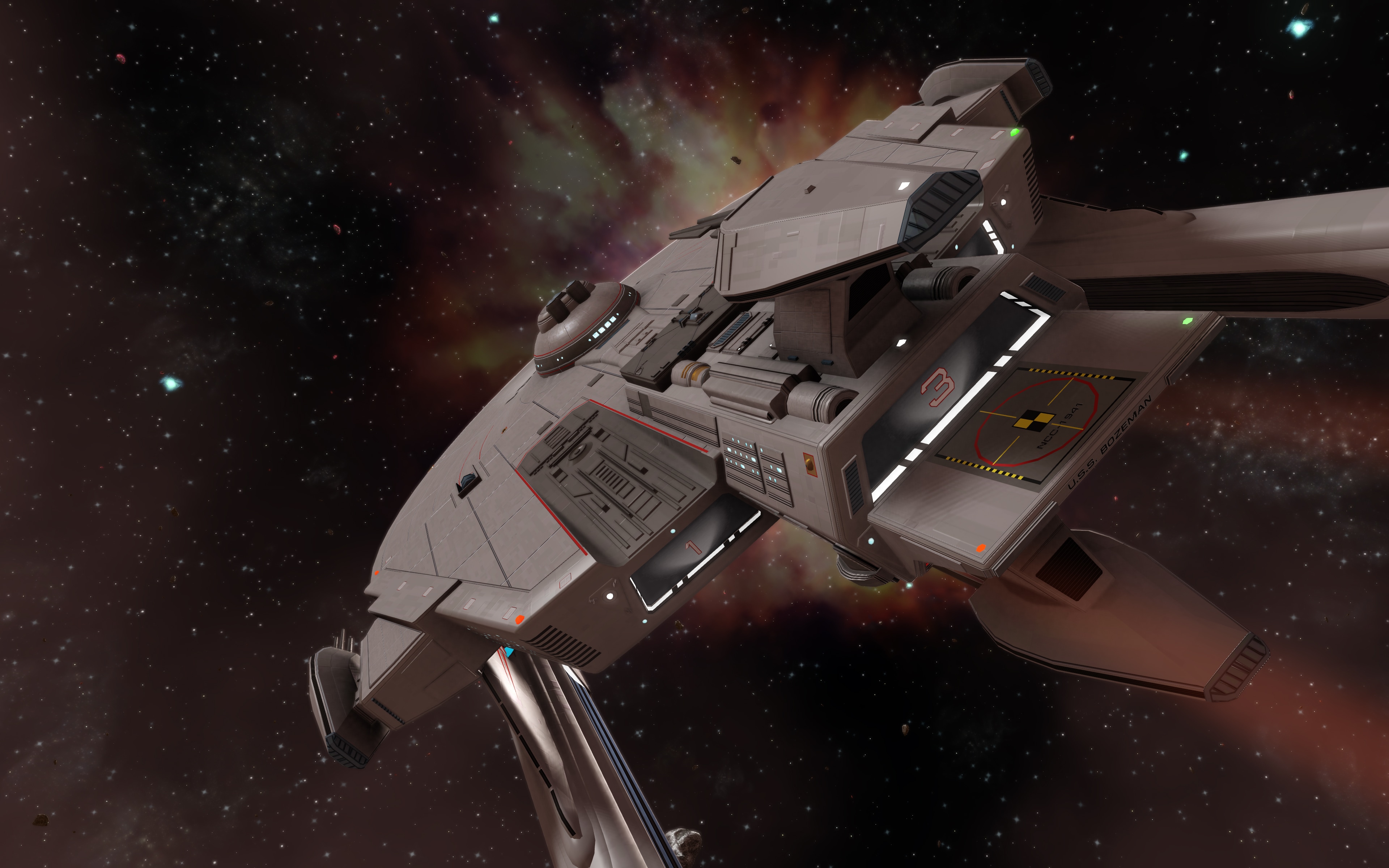 Only seen in Star Trek: The Next Generation episode “Cause and Effect,” the Soyuz-class U.S.S. Bozeman is a striking variant on the Miranda, with its extended aft hull and large equipment pod attachments. Now, captains who purchase a Fleet Advanced Light Cruiser (T6) will have access to this variant’s parts, and it is fully customizable with the other Miranda variants. If you already have a Fleet Advanced Light Cruiser (T6), you will also have access to the Soyuz parts! 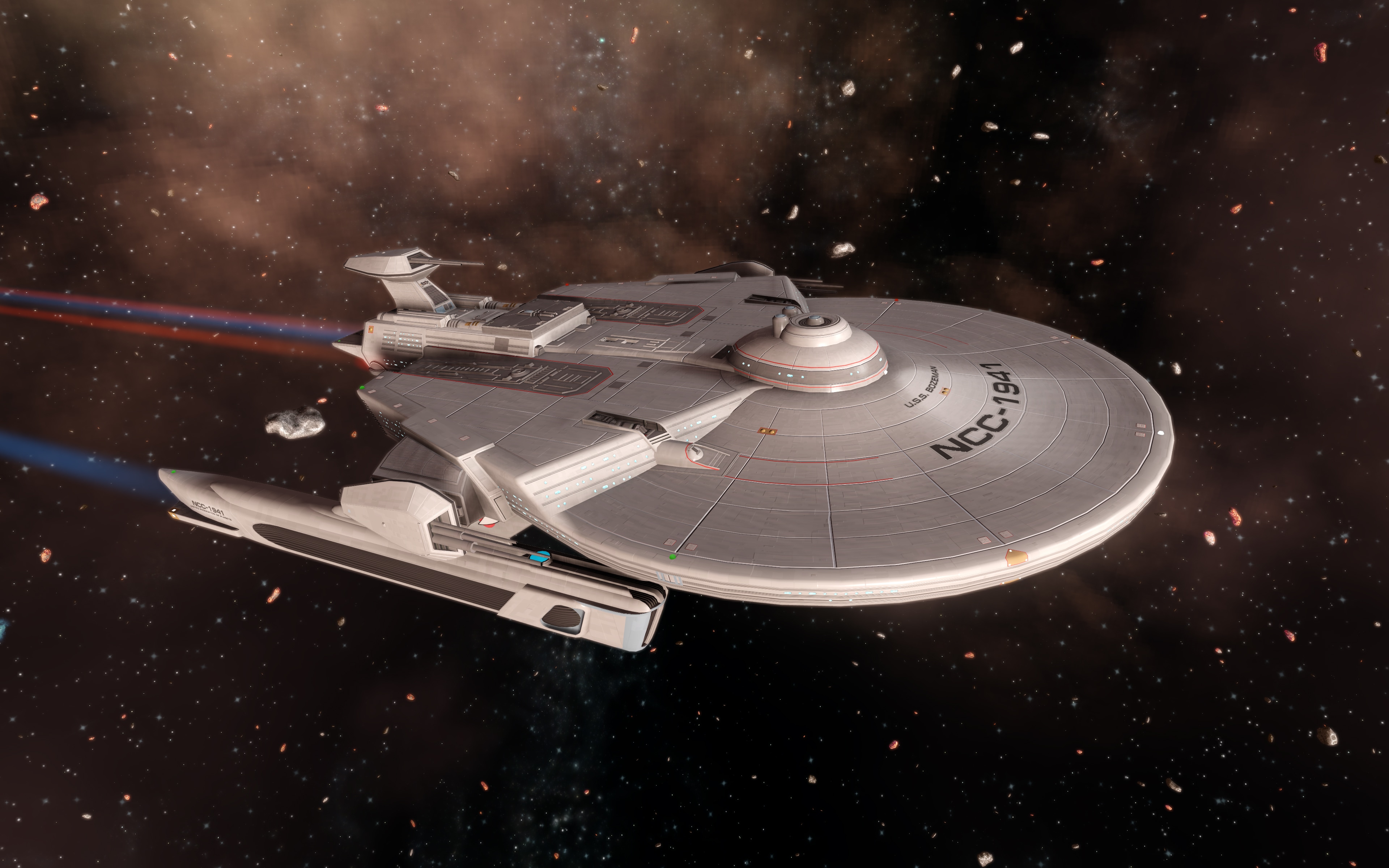 We also wanted to announce new customization options that will be freely available for any Starfleet Light Cruiser or Advanced Light Cruiser (T6): 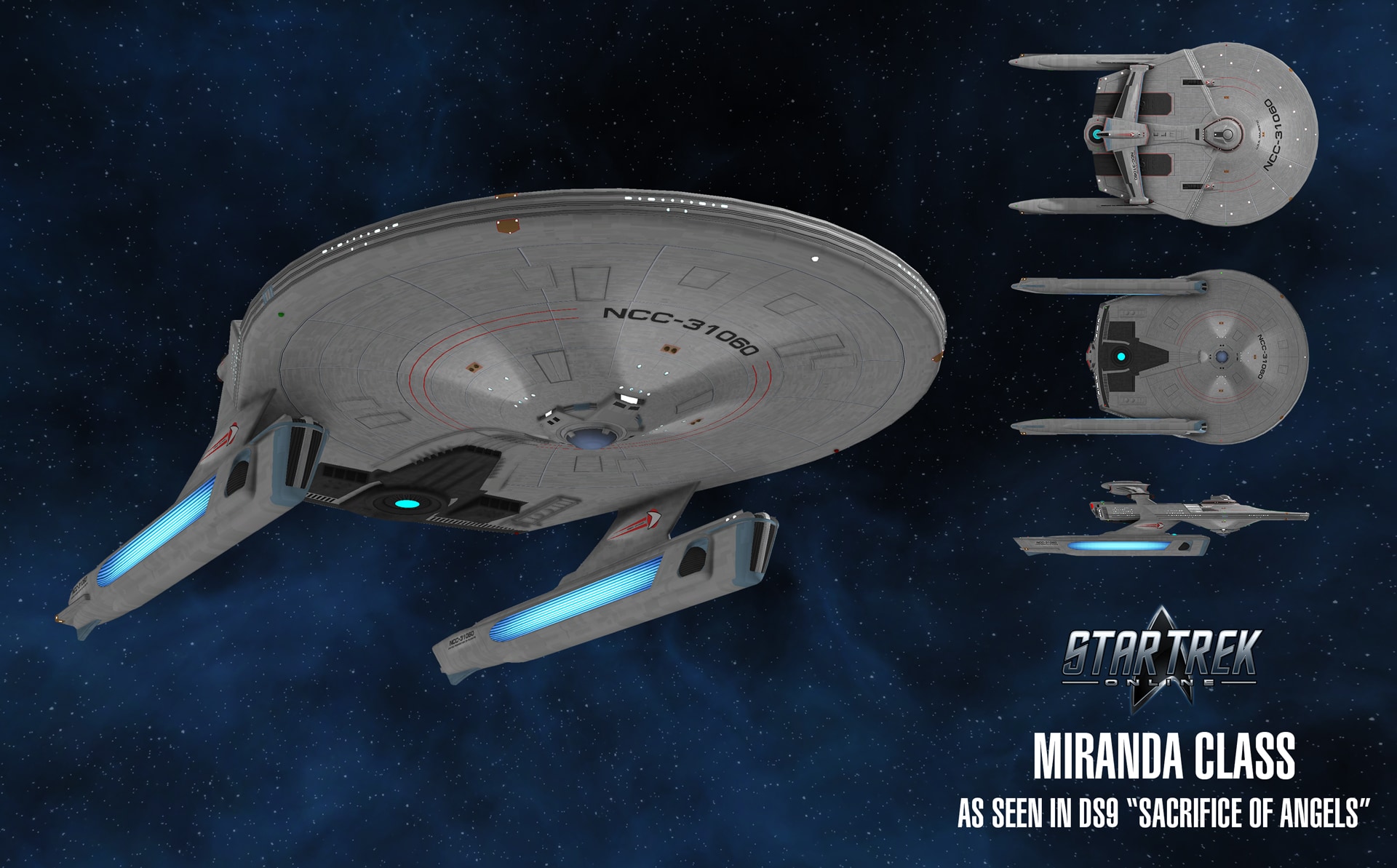 “Miranda Beta” Saucer: This version of the Miranda-class’ saucer section is based on the 24th century refit of the ship seen in Star Trek: Deep Space Nine. Pair it with the “Miranda Beta” nacelles and Type 8b material to complete that 24th century look! 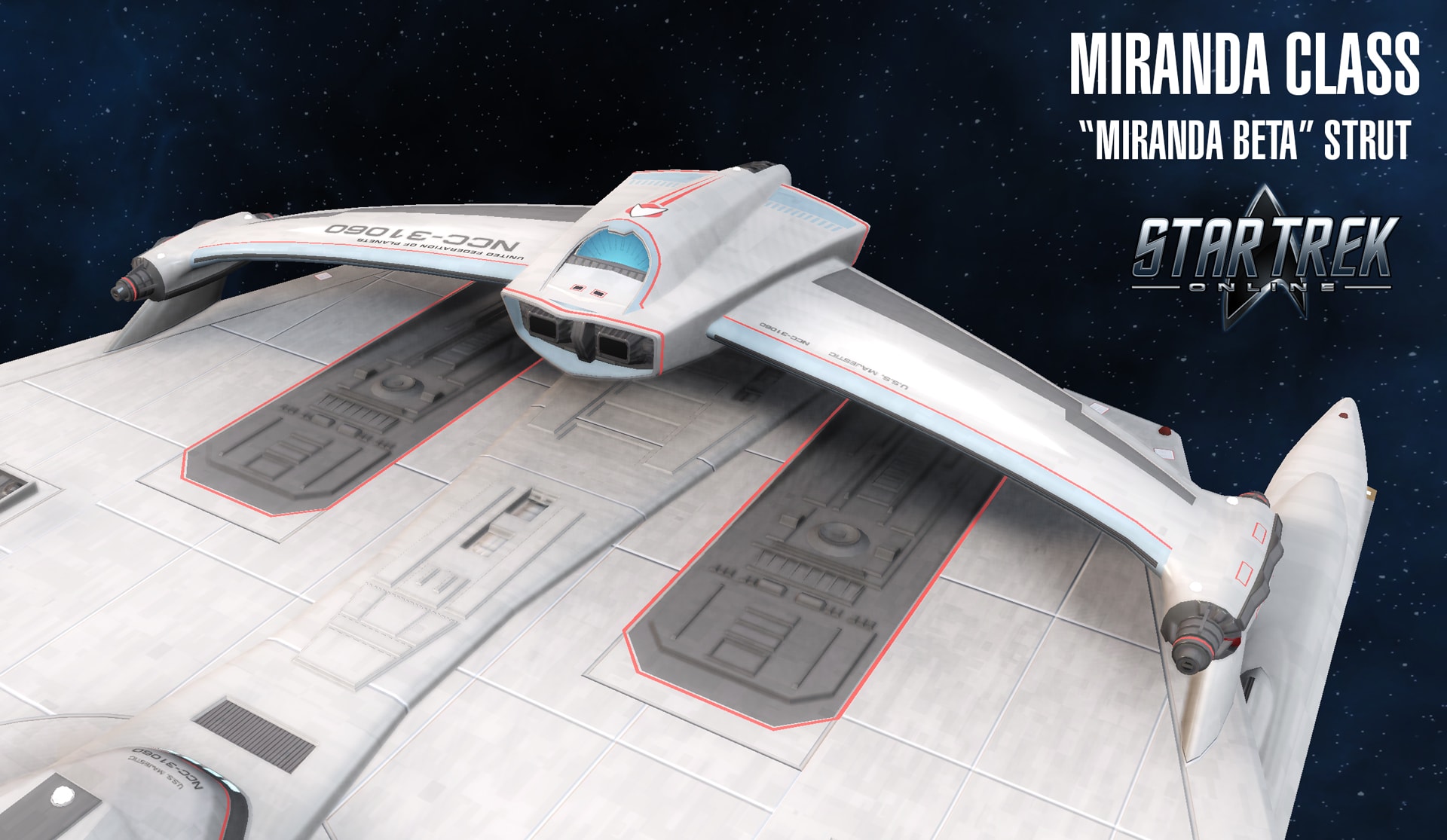 “Miranda Beta” Strut: When we announced the revamp of the classic Miranda, some players were sad to see Cryptic’s update of the Miranda’s rollbar disappear… so we’ve created a new version of the strut that has the embedded deflector dish on it, as an homage to the way the ship looked at the launch of STO. 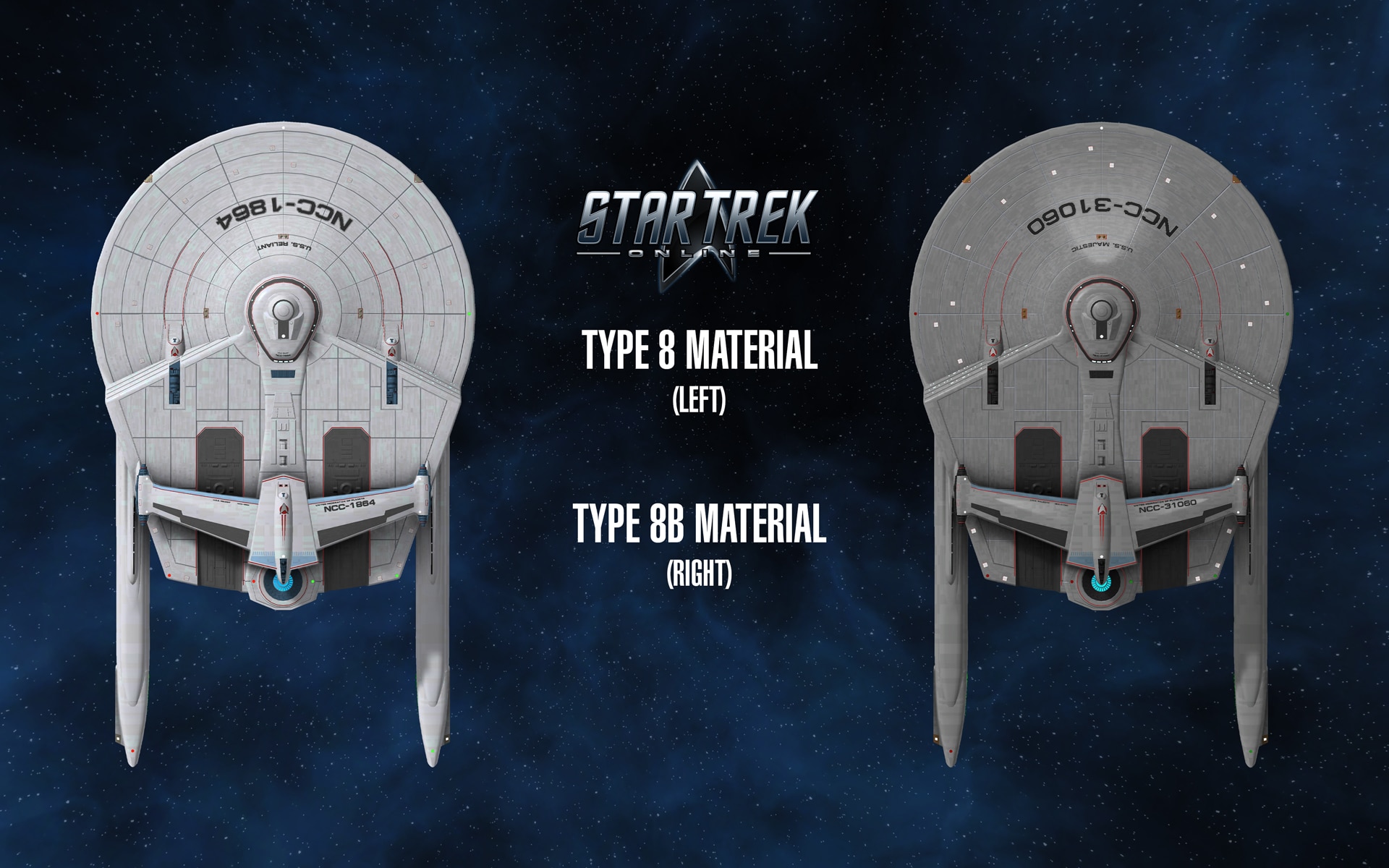 Type 8B Material: While the white, pearlescent look of the new Type 8 material is faithful to the appearance of Starfleet ships in the era of Star Trek: The Motion Picture and Star Trek II: Wrath of Khan, as these ships saw more use in later productions they began to appear in slightly darker, more gray tones. The Type 8b material, freely available to all Light Cruiser and Advanced Light Cruiser (T6) variants, replicates the look of these ships in the later Star Trek films and TNG onwards. “This is an almost entirely new Enterprise,” Captain Decker said to Admiral Kirk at the beginning of Star Trek: The Motion Picture. Behind the scenes, Star Trek’s ascendance to the silver screen called for a newly redesigned starship Enterprise befitting the scope of the film. That ship, designed by Andrew Probert and Richard Taylor, has become one of the most beloved iterations of the Enterprise across 50 years of Star Trek’s history.

The Constitution class refit is a fan favorite for many Star Trek Online players as well, and many of you have been requesting an update for its skin to match the visual detail and fidelity of our more recent starship releases. We are pleased to now share that the work has been completed, and a brand new Constitution Refit model is coming to Star Trek Online in a future update! 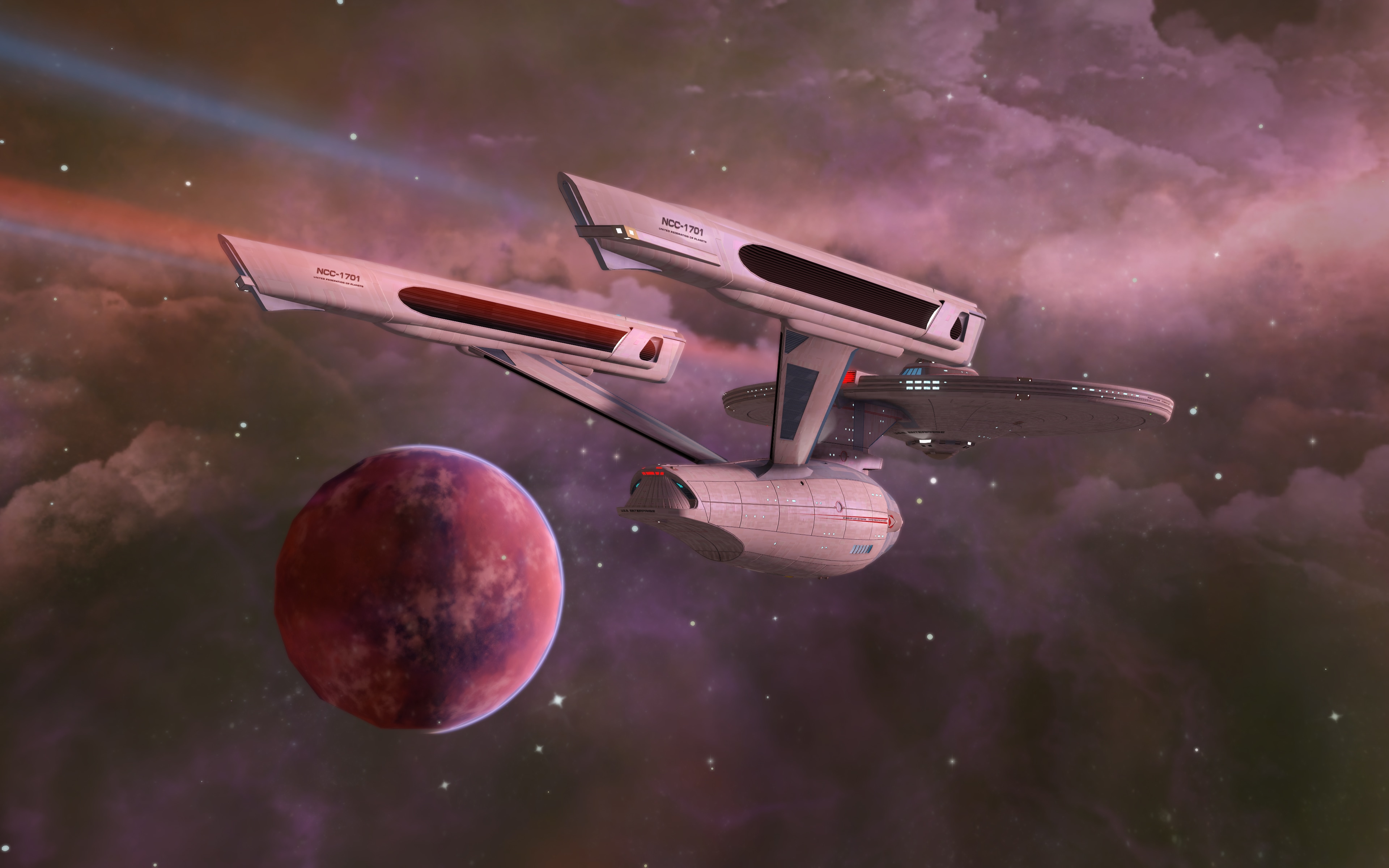 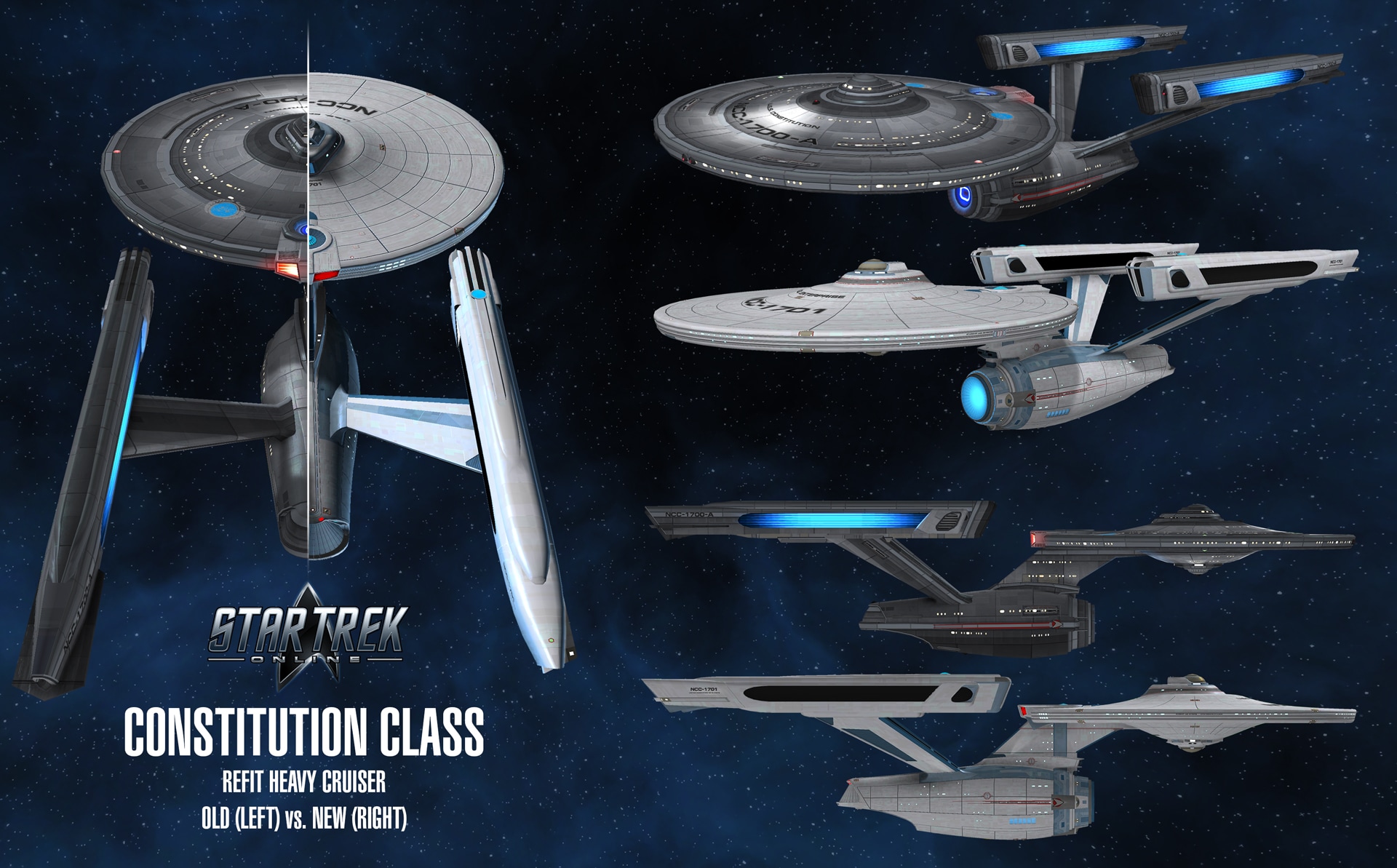 "Where No Man Has Gone Before" Variant As a bonus, we’ve also created another classic variant of the Constitution class! Hardcore Trek fans might know that before the original Star Trek series began, there were two pilot episodes created to “sell” the NBC television network on the show. In each pilot episode, and then in the actual series, the Enterprise model had small but noticeable variations. Now, we are offering new parts based on the appearance of the ship in the second pilot episode, “Where No Man Has Gone Before.” 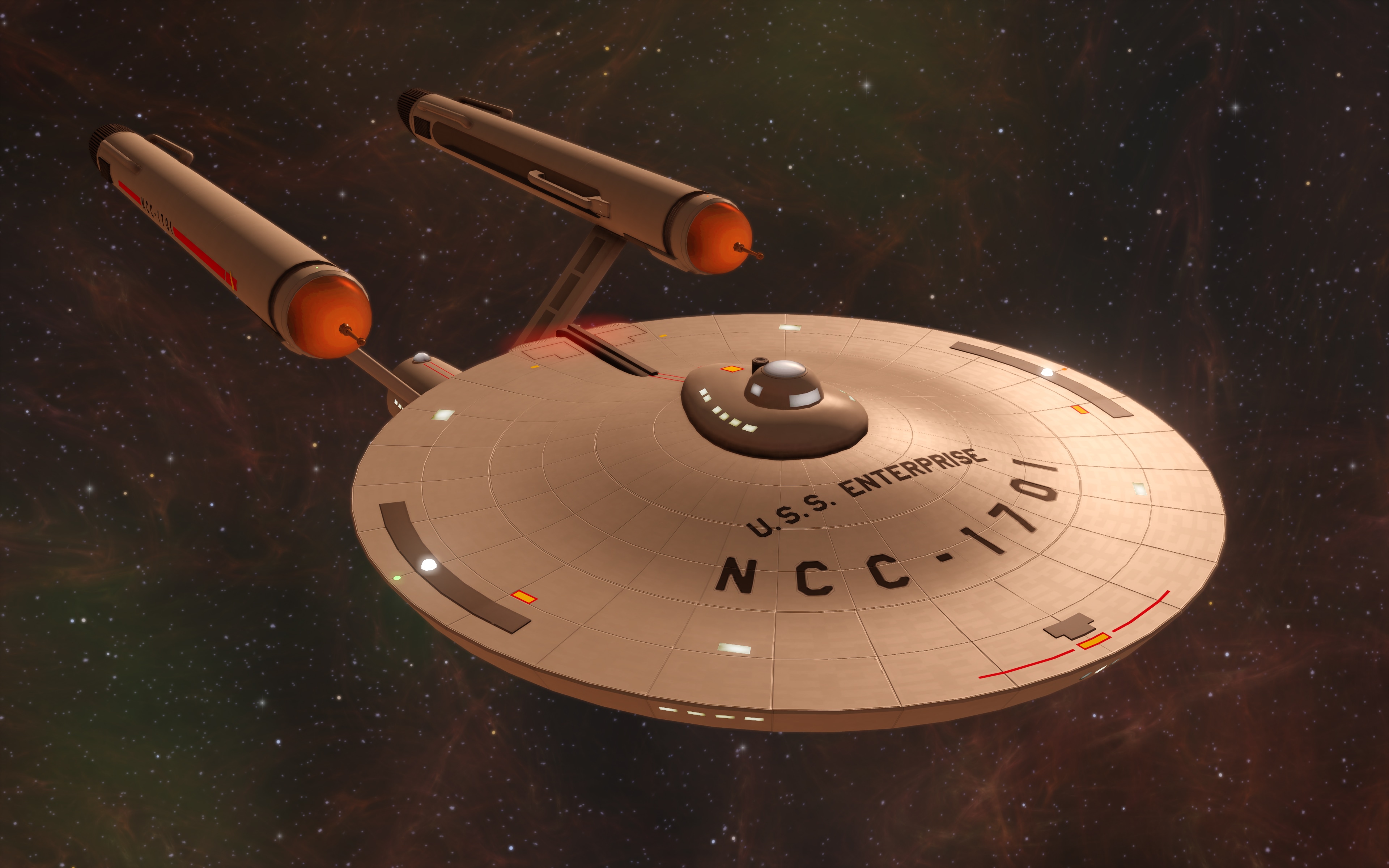 These parts are free additions to both the Constitution Class Light Cruiser and Temporal Light Cruiser (T6), and if you own either ship, you can view them by going to the starship tailor and selecting the “Constitution Beta” template. They are fully customizable with other available parts if you wish to mix and match. 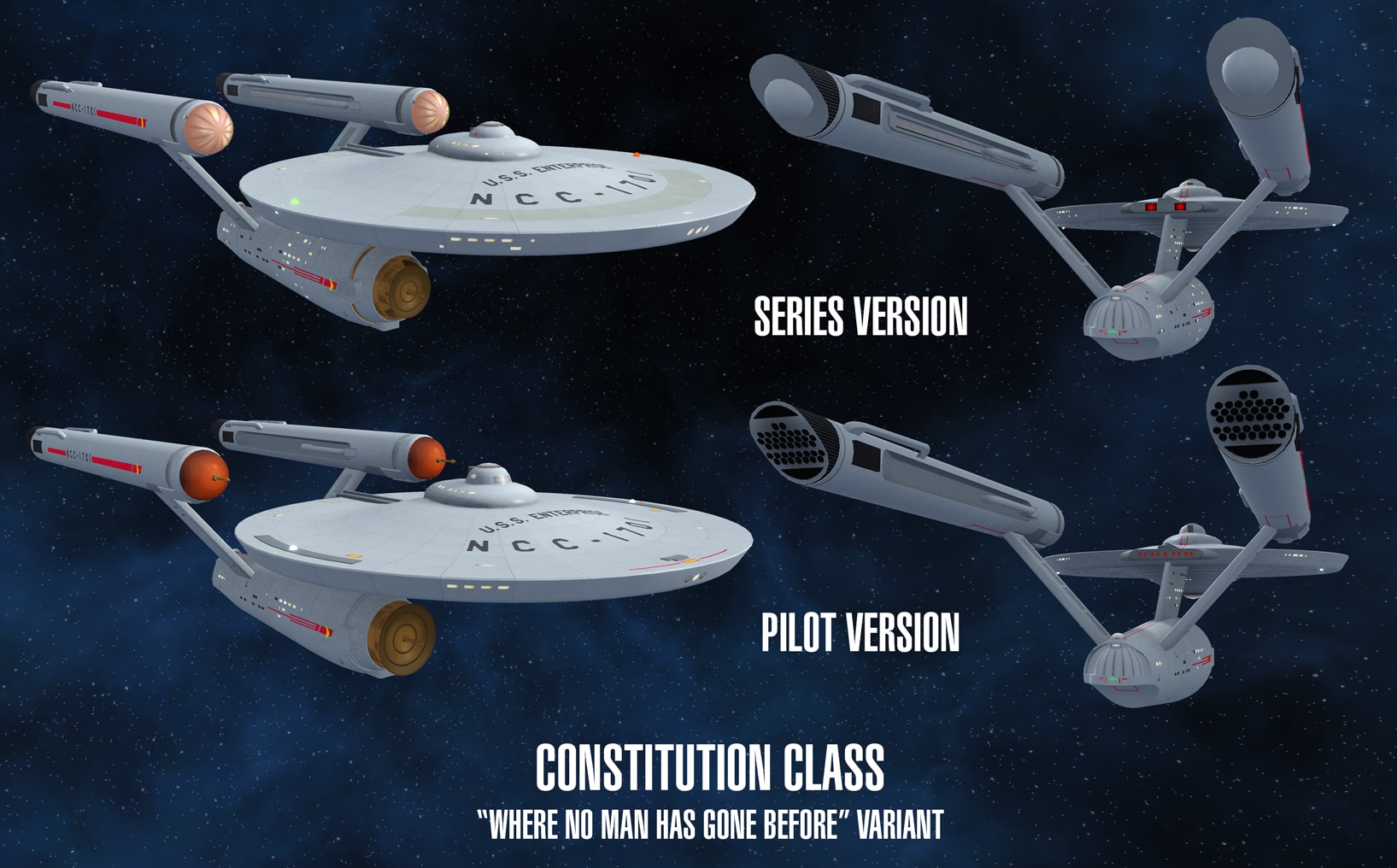 We hope you enjoy these new starship options as you seek to discover what’s out there… that-a-way.