The Mogai Retrofit and Valdore The Mogai was a powerful ship utilized by Romulan Star Empire toward the end of the 24th century. It played a key role in the battle against Shinzon’s Scimitar, allowing the Romulan forces and their unlikely allies in the U.S.S. Enterprise to triumph in the battle. The Mogai has an average turn rate and impulse speed, but carries more weapons than the Dhelan and has significantly increased hull strength. 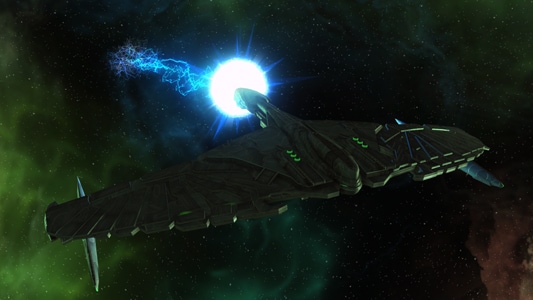 The Mogai Heavy Warbird Retrofit comes with a universal Ionized Particle Beam console. This Console empowers all of your energy weapons with a negative Ion charge which can linger on your target, exposing them to a powerful Ionized Particle Stream generated by your ship’s particle generators. The Ionized Particle Stream can be activated at will, but will be far more effective when used against a target that has been exposed to its effects.

NOTE: Purchase of this ship from the C-Store will make its owner eligible for a Fleet Ship Module reduction when purchasing the Fleet Mogai Heavy Warbird Retrofit. 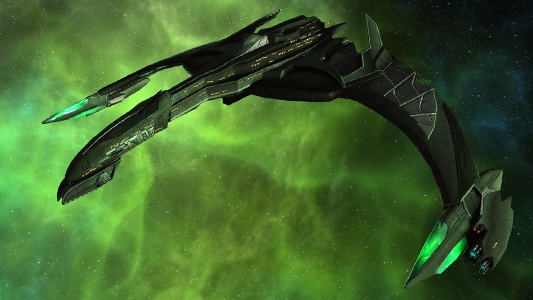 The Valdore Heavy Warbird is a refit version of the Mogai Heavy Warbird. The Valdore class of ships is named after the I.R.W. Valdore, the powerful vessel utilized by Commander Donatra against Shinzon’s rebellion in 2379. 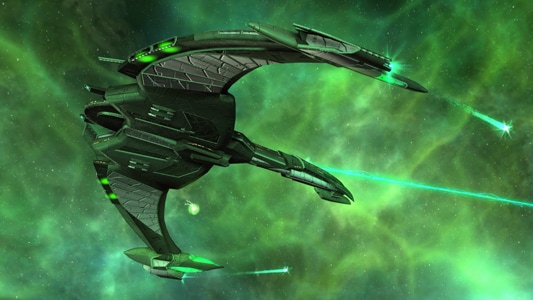 This ship comes equipped with a universal Shield Absorptive Frequency Generator console. This Console modulates the EM frequency of all of your energy weapons, sometimes causing your target’s shields to “bleed” back via the beam to your ship. When this effect occurs, the console regenerates you shields proportionate to the damage you dealt to your target with that blast. You do not need to activate this generator; it is passive and always on. 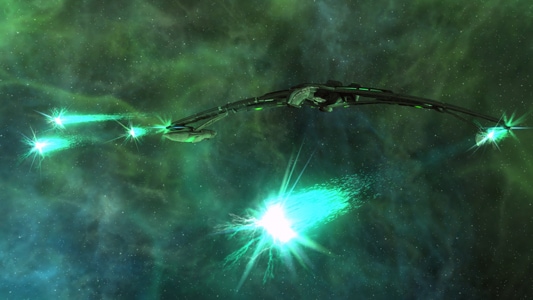 Equipping the Valdore and Mogai Retrofit's consoles gives the Enhanced Weapon Systems Efficiency set bonus. This set moderately increases your resistance to abilities that drain your Weapon Power. In addition, this decreases the Weapon Power usage of your Directed Energy weapons. Finally, this provides a minor bonus to Weapon Power.

The consoles that comprise this set are the Shield Absorptive Frequency Generator and the Ionized Particle Beam consoles.