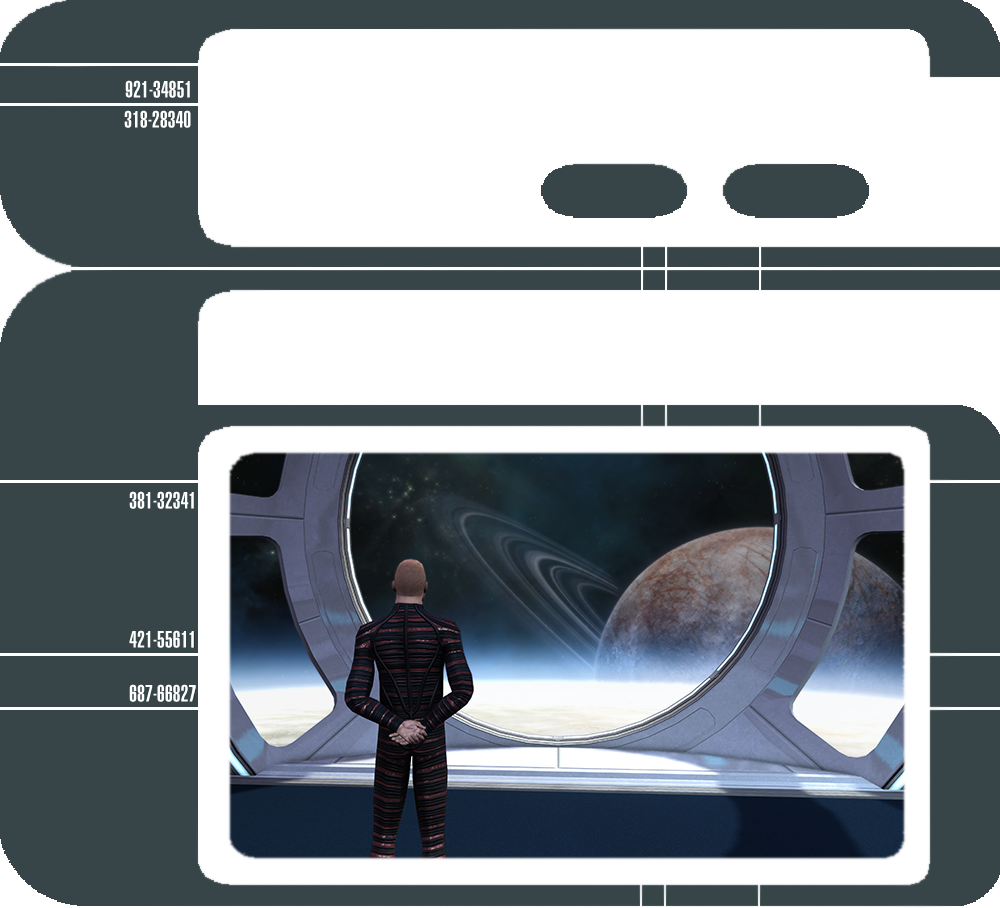 We’re very pleased to announce an upcoming expansion to the Captain Specialization system, in the form of an entirely new Primary Specialization: Temporal Operative

Thematically tied to both the past and future, this new Specialization will become available with the launch of Agents of Yesterday coming in just a few weeks!

As if the scientific concepts that modern spacefaring species were grappling with on a daily basis weren’t complicated enough, along came the widespread use of time manipulation! Almost overnight, entirely new mathematics became necessary, old theories that many knew by rote were rewritten, and the entire battlefield changed.

Leading the charge in this strange new area, are those few brilliant and talented enough to be called Temporal Operatives. These specialists adhere to the tenets of the Temporal Accords, and do their best to keep the timestream in proper shape, keeping reality itself from unraveling, all while simultaneously manipulating localized causality to aid themselves and allies in combat!

Temporal Operatives lean heavily on Exotic Damage and Kit Module abilities, belying their roots as a science-heavy specialization. Captains interested in exploring these types of abilities are likely to reap a greater benefit from investing in this specialization.

Temporal Operative is a Primary Specialization, but captains may instead to slot it as a Secondary if they only wish to benefit from the first 15 abilities offered. Abilities may be purchased in this Specialization even while it is inactive.

With the introduction of a new Primary Specialization, we are also increasing the cap on Specialization Points up to a new max of 150. Players that exceed this amount will instead receive Dilithium Ore when they max out their current Specialization XP bar.

As long as you have the Temporal Operative Specialization active, you will gain:

As with previous Specializations, purchasing abilities in the Temporal Operative specialization will unlock new Starship Traits.

After 15 abilities are purchased, you will unlock:

Non-Linear Progression
An unconventional tactic, to say the least! Engaging your ship in Reverse will offer benefits as you slowly slide backwards in time at a very measured pace.
Removes the Power Drain penalty from moving in Reverse
After traveling in Reverse for 5 sec: Restore a small amount of Hull and Shields every sec while remaining in Reverse

After 30 abilities are purchased, you gain access to Improved Non-Linear Progression, which functions the same as above, but adds:

After traveling in Reverse for 5 sec: Reduce all Recharge Timers by 0.2sec every sec while remaining in Reverse

The below list is only a small sampling of the abilities that can be unlocked through advancing in the Temporal Operative Specialization.

Uncertainty (Space + Ground)
Activating any Exotic Damage or Kit Module Ability grants you a moderate amount of Temporary Hit Points with a long duration. Can stack up to 10 times.

Temporal Rebuke (Ground)
10% chance when struck by a foe within 10m: Foe is teleported 30m and Rooted for 2sec

Continuity (Space)
Once every 3 min, when reduced below 10% Hull: Teleport 8km backwards, heal a massive amount of hull and shields, and drop all Threat vs. NPCs. However, you suffer a large reduction to outgoing damage for 20sec after.