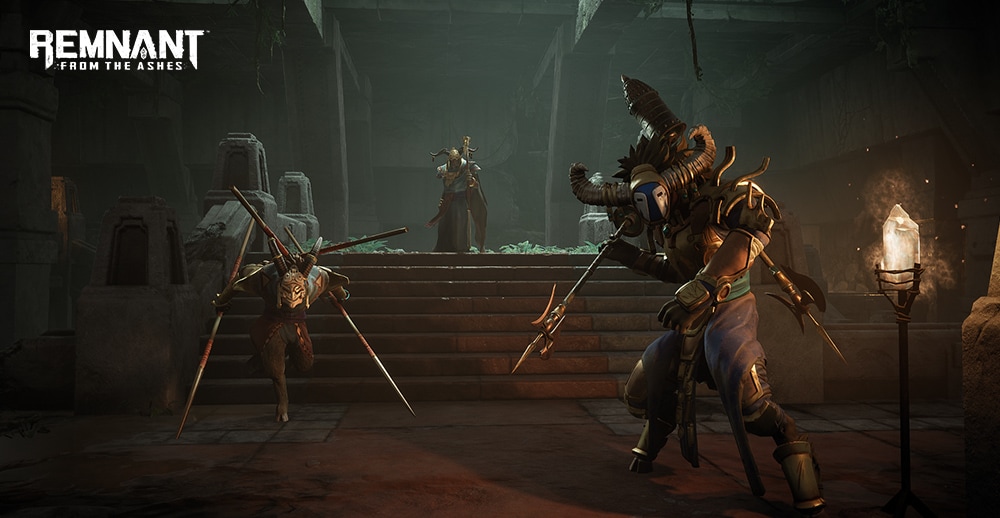 The Pan race have a strict culture made up of two castes: The Commoners, that form the bulk of the workforce, and the idle Nobility, of which the Pan Priests are preeminent. The common Pan live in elaborate treetop villages while most, if not all, of the nobility rule a region from ornate and massive ziggurats that dot the world. Discover more about the denizens of Yaesha below! 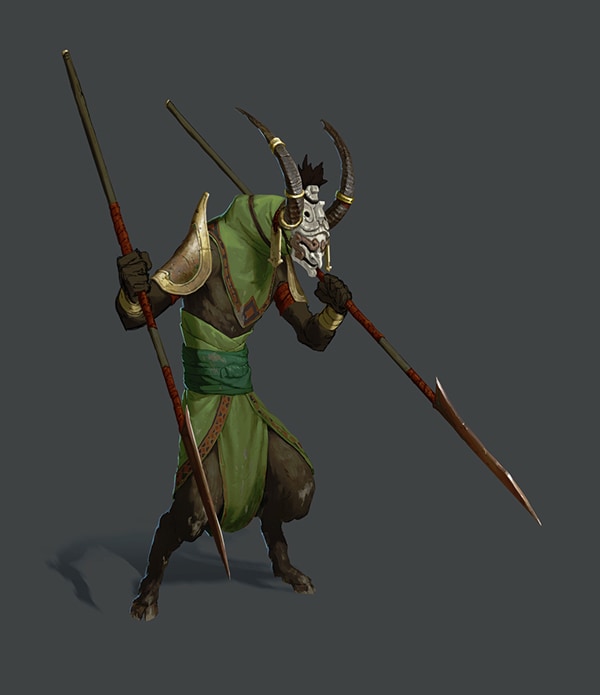 The Pan nobility surround themselves with the most adept and vicious fighters within their military ranks. Many of these Pan conscripts undergo an extreme regimen of physical and mental conditioning that breaks down their natural fears and turns them into devastating warriors. The Pan Spearman is the product of that training and one of the most aggressive enemies in the Pan biome. They are tall, powerful creatures that wield twin fighting spears. Fortunately, most of its spear attacks are geared towards precision strikes. Each of the creature’s attack cues are fairly easy to read but the speed of those attacks makes timing an effective dodge challenging. The damage they deal can be devastating when dealt in rapid succession.

“If it takes a group of Pan Swordsman to set up a dance of death, then it only takes one Spearman to do the same. Remnant is a shooter with more action elements than you may be used to. The dodge and melee attacks make close quarters combat unique, and enemies like the Pan Spearman are designed around this potential. Sometimes your best window for counter attack appears only after narrowly avoiding a vicious spear attack…” 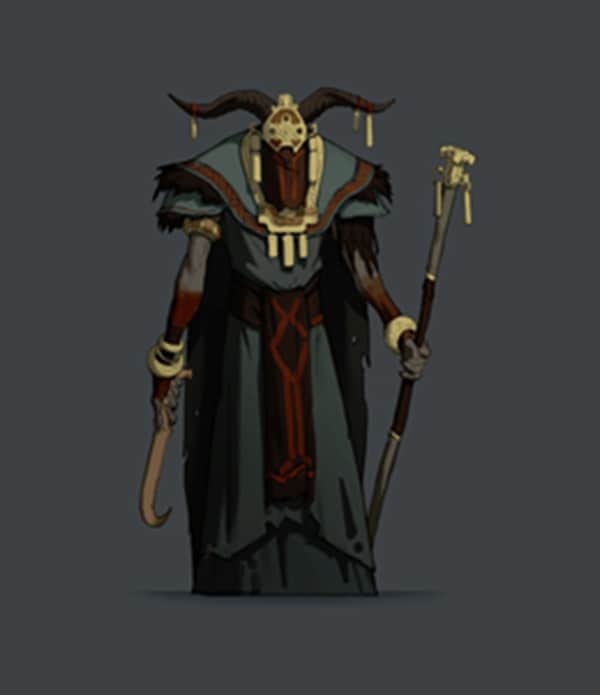 The Pan Priests belong to a sect of the Low Priesthood called the Ahanae (“The Radiant Ones”). This sect dabbles in arcane arts that seek to manipulate the volatile energy stored in the crystals found throughout Yaesha, the Pan world. The Priest is a simple enemy that can radically change the tempo of a fight. Although the creature can protect itself at close range using its large, ornate staff its preferred method is to buff nearby Pan with a powerful shock imbuement. Pan enhanced by this buff will cause additional shock damage to its target with each hit. The range of the priest’s ability is substantial and a single cast from its staff can buff every Pan within a given radius. When hard pressed, the Priest can launch balls of electricity at its enemies or strike them with its large, ornate staff.

“The Pan Priests will quickly become a serious problem when they are given free range to buff allies. They can buff allies from a great distance through walls, around corners, or from behind cover making them difficult to pin down. A single spell can buff any number of enemies simultaneously and they can maintain these buffs, replenishing them at will, if the Priest is left unattended. With these creatures on the battlefield, the tide of battle can shift drastically, making even the simplest encounter a challenging one.” 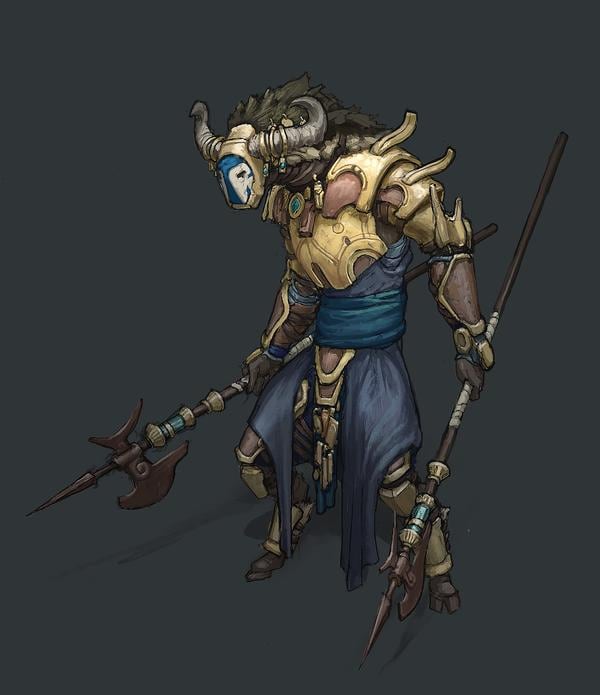 The Kin Caller are the captains of the Spearman cadre. The biggest, toughest and most intelligent of the warrior ranks. The Kin Caller prefers to remain behind the front line relying on its other Kin to close the gap and engage the intruders in melee. From its vantage point, the Kin Caller will hurl spears tipped with specially-designed bells which emit a piercing alarm that summons Pan reinforcements from deep inside the jungle. Players can destroy the bell or eliminate the Kin Caller to stop the wave of reinforcements. Although the creature prefers to distance himself from the fight, the Kin Caller is a full-fledged Spearman and capable of devastating melee attacks.

“The Kin Caller will quickly spiral a fight out of the hero’s control if it is left unchallenged. You will have to wade through wave after wave of enemy reinforcement to reach the Kin Caller but, once there, you still have to contend with one of the toughest, most deadly melee fighters in Yaesha.”