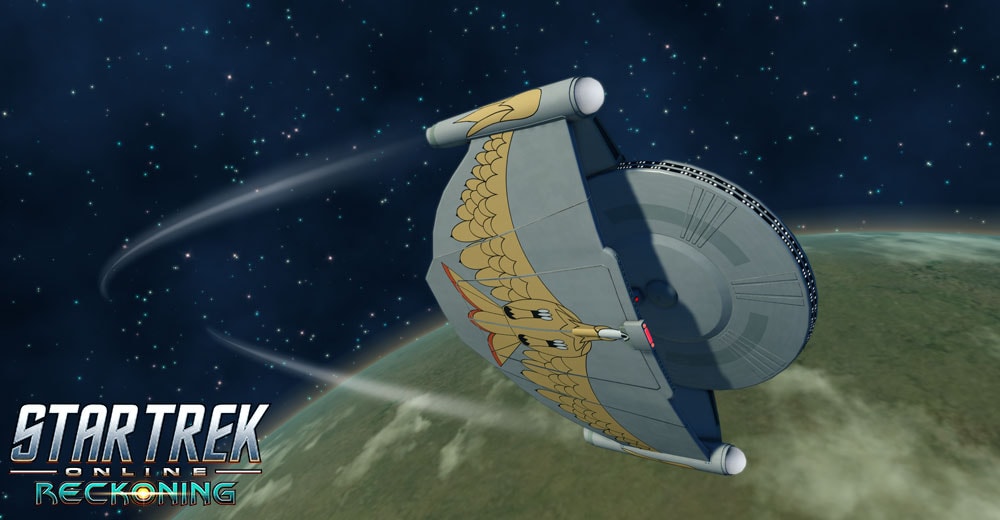 The final years of the 23rd Century were a time of great turmoil for the Federation, Klingons, and Romulans. Many advanced technologies were developed during this time period, some of which are still serviceable today. This time period also saw many shocking scientific discoveries, some of which are still not fully understood. Each faction has found that some of these technologies, including the dreadnoughts of the era, can be re-purposed for today’s conflicts. Seeing the potential for profit, the Lobi Crystal Consortium has agreed to help update the technology of yesteryear… for the right price.

Some of the most iconic moments in Star Trek took place in the first six films. We saw the crew of the Enterprise, as well as some of their villains, reprise their roles on the silver screen. While Agents of Yesterday did not directly touch on points from these films, they’re an era which we’ve wanted to explore more thoroughly for quite some time. The Undiscovered Lock Box presents players with a way to capture some of these moments. It contains ships, weapons, and more which would feel right at home on the set of The Wrath of Khan, The Undiscovered Country, and all the beloved original Star Trek films.

The Prototype Dreadnought Cruiser [T6] is equipped with a Console – Universal – Dynamic Power Redistributor Module. Starships equipped with this console are capable of greatly strengthening their Structural Integrity Field for a short time, thus providing a large increase to hull regeneration rate and damage resistance rating. Additionally, this power can be redirected from the Structural Integrity Field to other systems to provide a large boost to all out going damage as long as the starship's hull strength remains at 80% or above. This console also provides a passive bonus to All Energy Damage Resistance Rating and Directed Energy Damage. This console may be equipped on any starship, but only one may be equipped at a time.

The D9 Dreadnought Cruiser [T6] is equipped with a Console – Universal – Disruption Pulse Emitter. Starships equipped with this device emit a series of pulses from its deflector, wreaking havoc on critical starship systems. These pulses disable and deal moderate physical damage to any foes in front of the user. This console also provides a passive bonus to the Starship Control Expertise and Starship Particle Emitters skills. This console may be equipped on any starship, but only one may be equipped at a time.

The Thrai Dreadnought Warbird [T6] comes equipped with a Console – Universal – Secondary Shield Projector. A starship with this console equipped is capable of enveloping allies within a secondary shield. Affected allies gain a large amount of Secondary Shielding. Additionally, the secondary shield projector cleanses all Hazard and Debuff effects on affected allies once every second while active. This console provides a passive bonus to Shield Hardness and to the Starship Shield Emitters skill. This console may be equipped on any starship, but only one may be equipped at a time.

Starfleet Captains may also purchase the NX Escort Refit [T6] from the Lobi Store. This ship comes equipped with a Console – Universal – Point Defense Bombardment Warhead. Activating this console launches a warhead that slowly travels to your target. Any enemy starship unfortunate enough to get within the Warhead’s attack range will be repeatedly bombarded with photon torpedoes. The warhead detonates on reaching its target, causing heavy kinetic damage to the target and all nearby foes. This console also provides a passive bonus to Projectile Damage and Critical Hit Chance. This console may be equipped on any starship, but only one may be equipped at a time.

Additional information on all these ships can be found right here!

There are many other prizes within the Undiscovered Lock Box for players to acquire, such as R&D Packs, Boosts, and other assorted items. Captains seeking to broaden their repertoire can obtain the Cross-Faction Console Pack and Cross-Faction Starship Trait Pack to gain access to the consoles and traits from their opposing faction’s ships.

Captains who wish to delve further into some of the mysteries of the 23rd century can make use of new 23rd Century Research Duty Officer Assignments. Each of these five assignments yields high XP and Dilithium rewards. Completing all the assignments gives additional Dilithium ore and a Title! 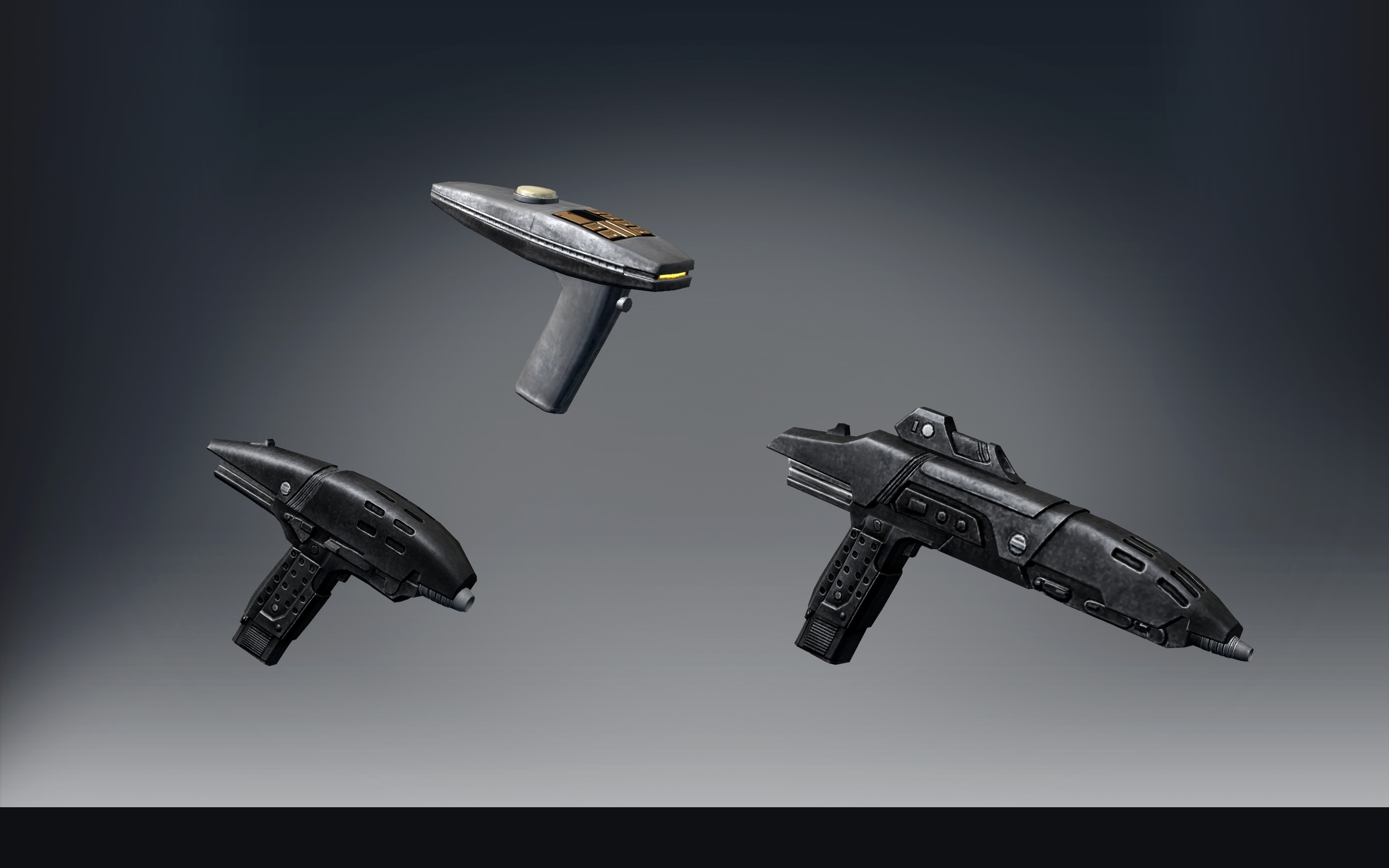 Additionally, the Undiscovered Lock Box has new Ground and Space weapons within the Undiscovered Phaser Weapons Pack. This box contains two advanced Phaser technologies developed during the late 23rd Century -- Pulse Phasers and Assault Phasers. Each ahead of their time, Pulse Phasers are devastating space weapons, while Assault Phasers were used by strike teams in the final years of the 23rd Century. Each of these weapon types share the Phaser Transfer characteristic, giving them a chance to reduce their target's damage resistance while simultaneously increasing your own. Opening this pack will give a choice between a random Beam, Cannon, or Ground Weapon. 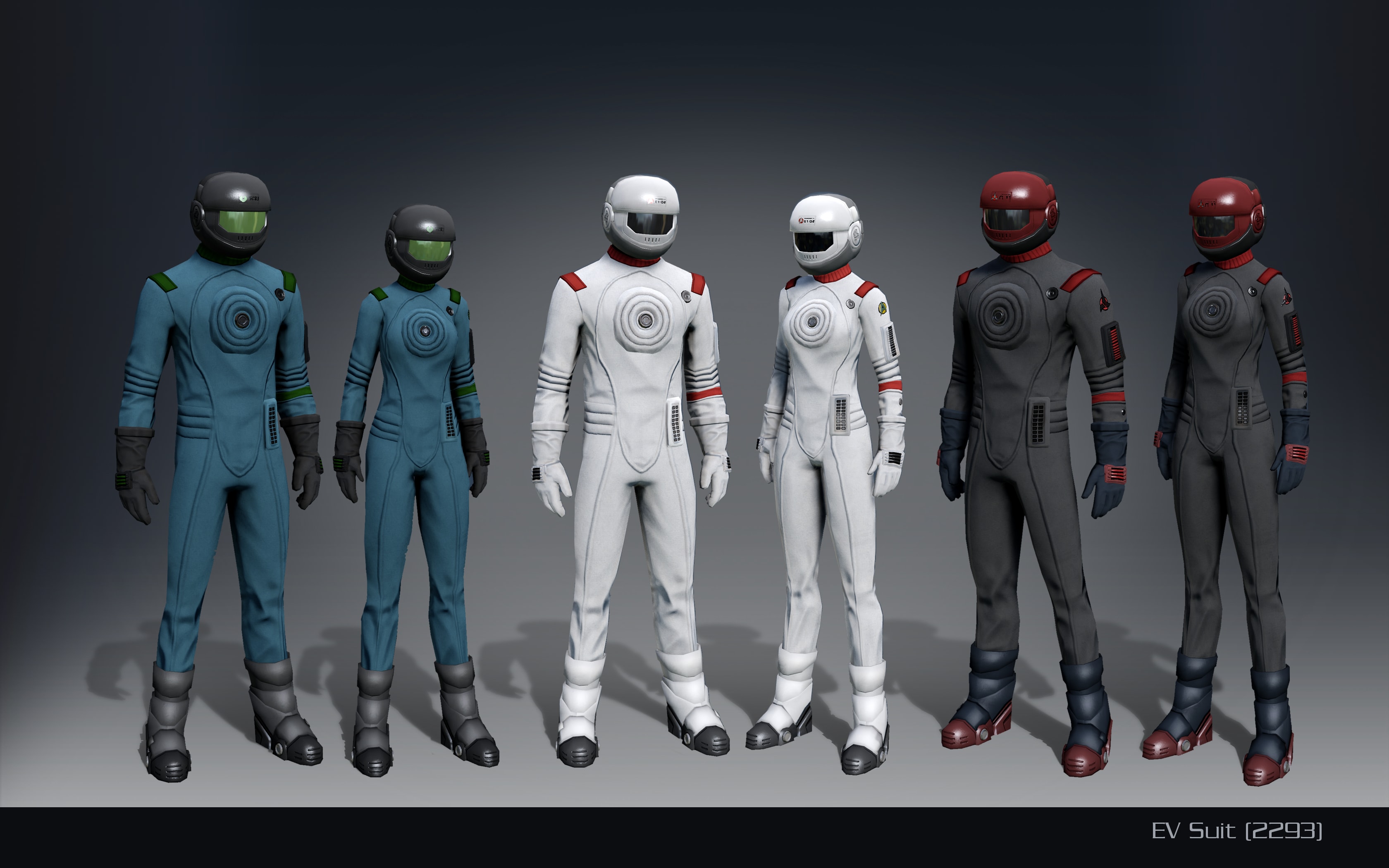 Captains looking for a new Environmental Suit may make use of their faction’s Experimental Environmental Suit (c. 2293). These EV suits offer a high degree of protection from all hazards a special operative may encounter – such as solar flares, high radiation levels, and incoming weapons fire. The suit is also equipped with an Automated Threat Dampener package, designed to increase the wearer’s chances of survival by causing the assailant to inflict less and take more damage. 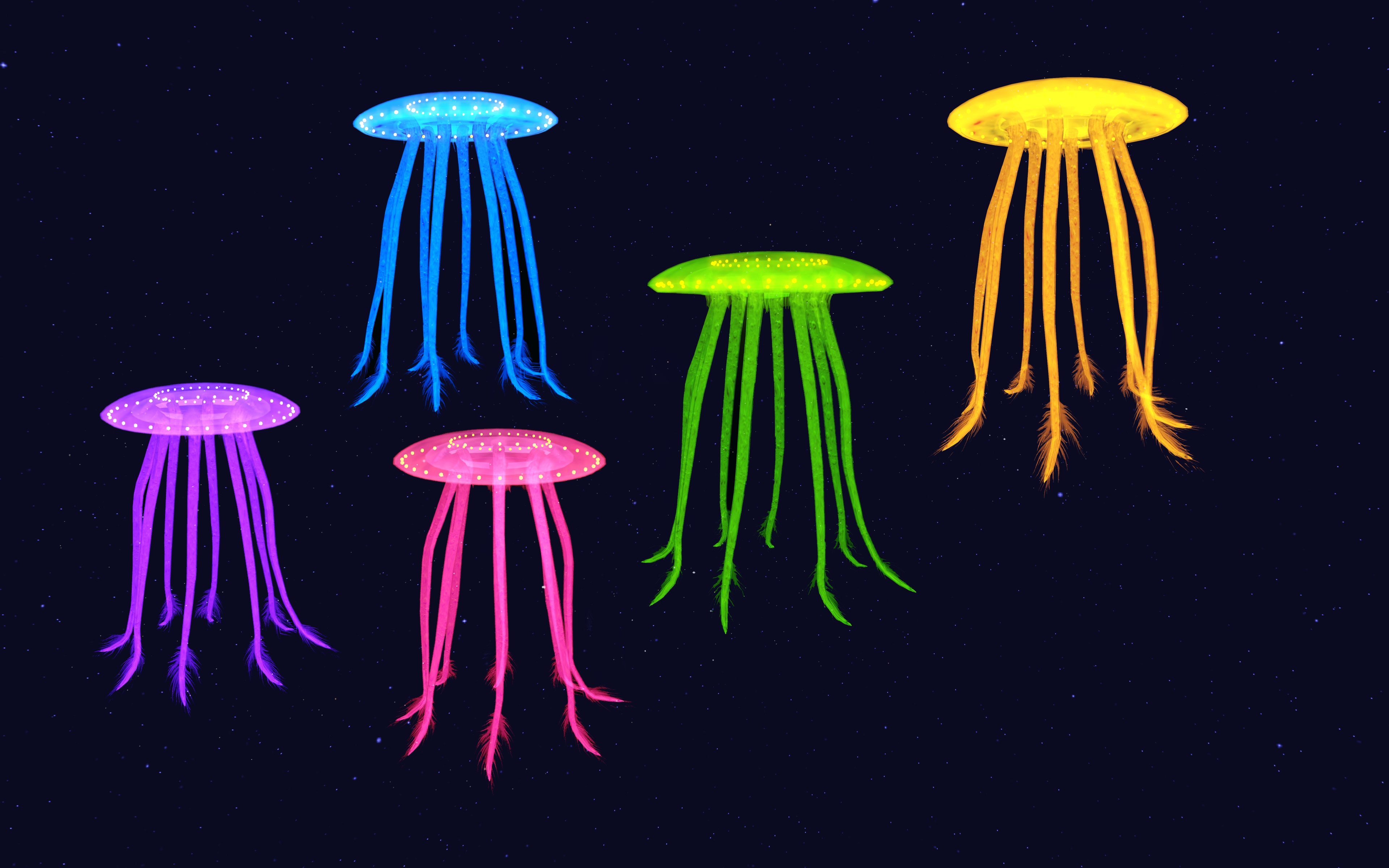 As space can be a cold, lonely place, Captains may now purchase a Farpoint Cnidarian Companion of their very own! Affectionately referred to as “Space Jellyfish,” these creatures are in a larval state, and will imprint onto their user. This larval state also makes it difficult to identify exactly which sub-species is contained within until the pack is opened. They will flee from Combat, and cannot be called while piloting a shuttle, fighter, or other small craft. 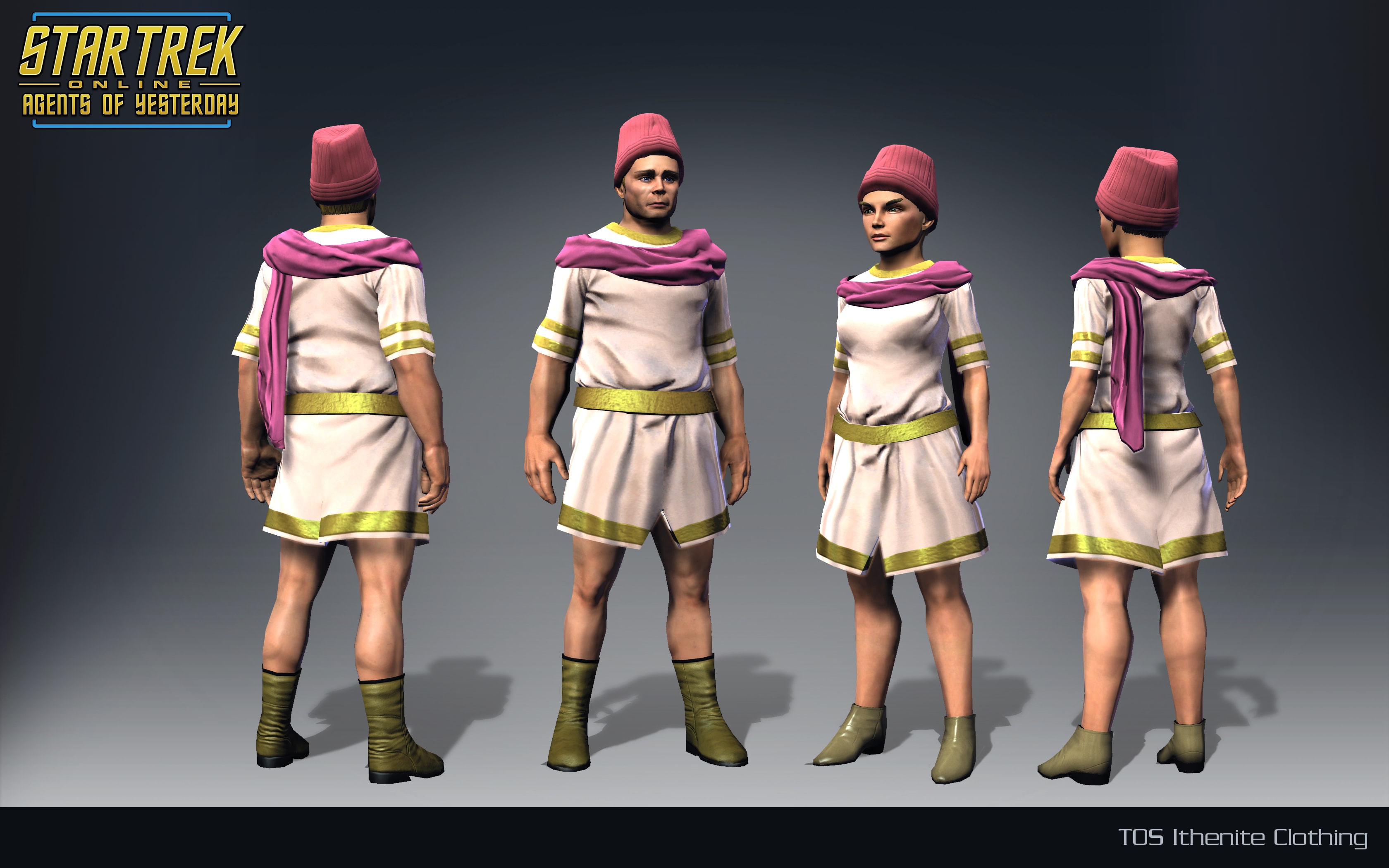 Finally, the Zambean Outfit and Ithenite Outfit are available for Captains to purchase and wear. Both of these attires can be seen at the Babel Conference in 2268, and have varying degrees of customizability.

The Undiscovered Lockbox, as well as the additional Lobi Store entries, will be coming to Xbox One and Playstation 4 with the launch of Season 12: Reckoning.