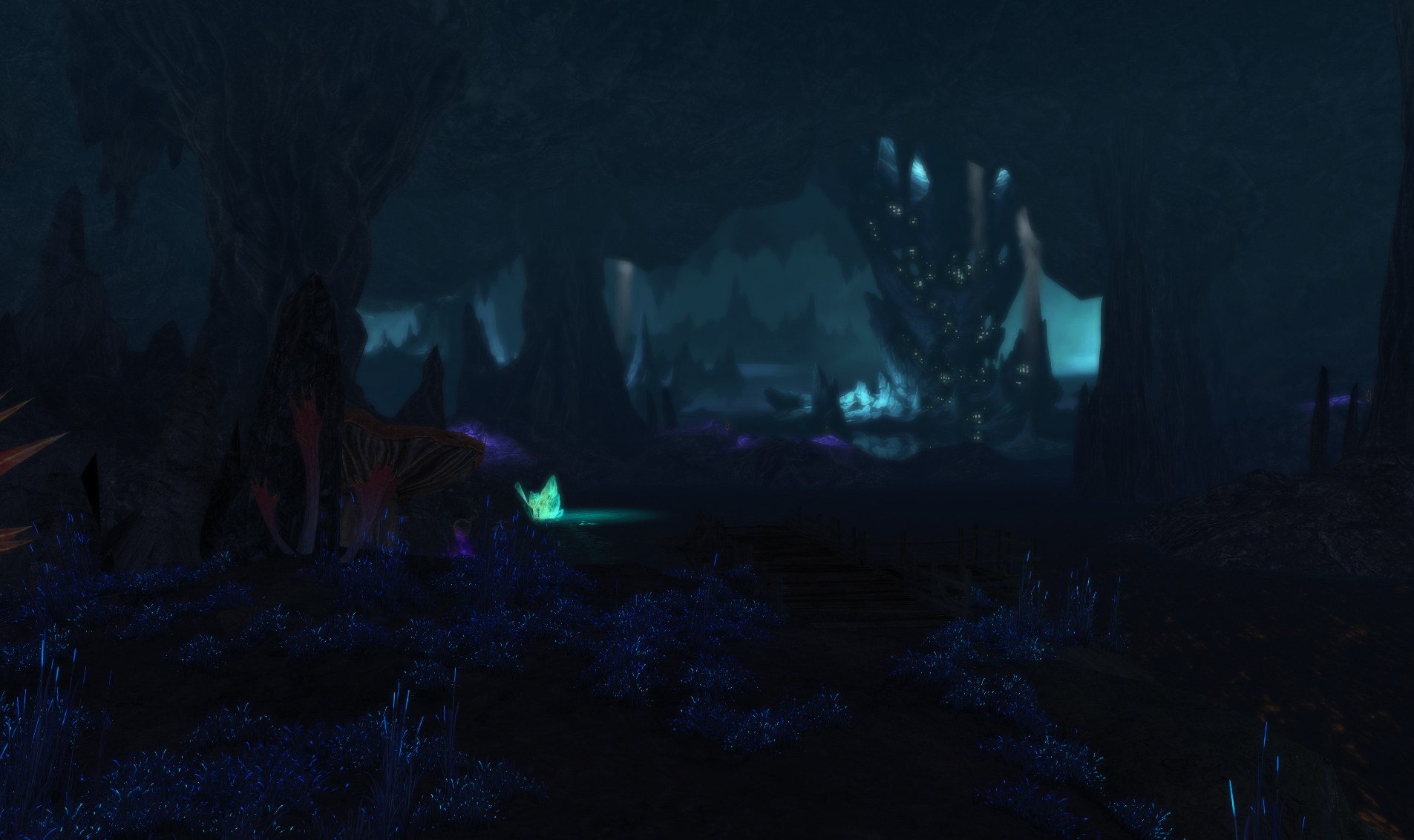 With the upcoming Neverwinter: Underdark expansion, we’re introducing a number of new locations to the game. One of the main staging areas for excursions into the Underdark is the clandestine trade hub of Mantol-Derith.

Mantol-Derith is a hidden cave complex where all manners of Underdark denizens and surface world dwellers come to meet and trade. Whatever tensions may normally exist between the different races are put aside in the name of commerce and profit.

Mantol-Derith was built in one of the great caverns of the Underdark, with a dock allowing materials and cargo to float in from the Darklake. Glowing crystals dimly light the marketplace amidst giant mushrooms. 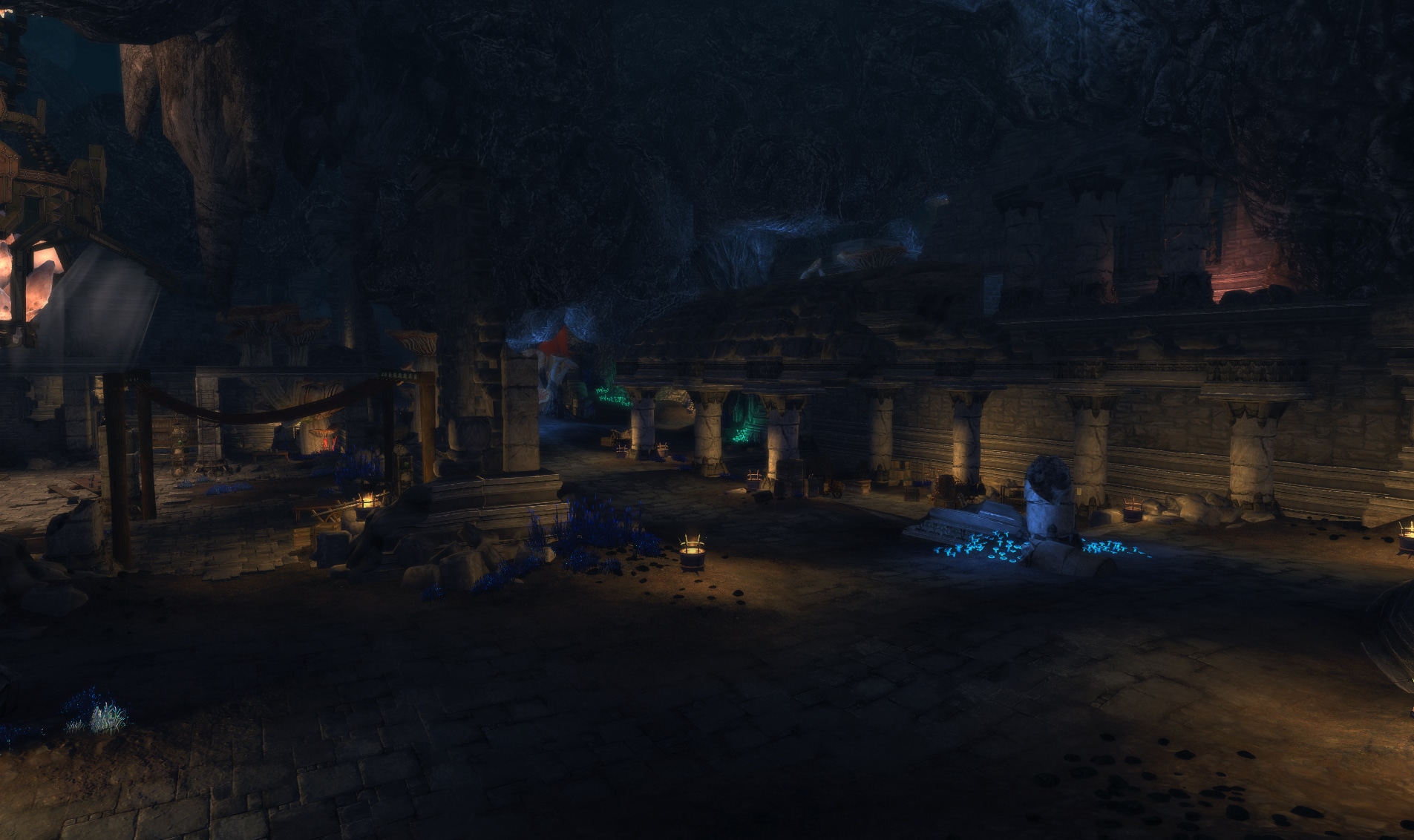 Three Covenants govern trade and behavior in Mantol-Derith, punishable by death. No theft, no disguising of goods, and no use of magic in trade. All who come to Mantol-Derith are warned of the Three Covenants, and all the denizens there enforce it.

Few know Mantol-Derith’s exact location, and its gates are well-guarded. Barge pilots who transfer goods from other Underdark cities know the secret ways. It is rumored the Zhentarim control the path leading from Mantol-Derith to the surface world. 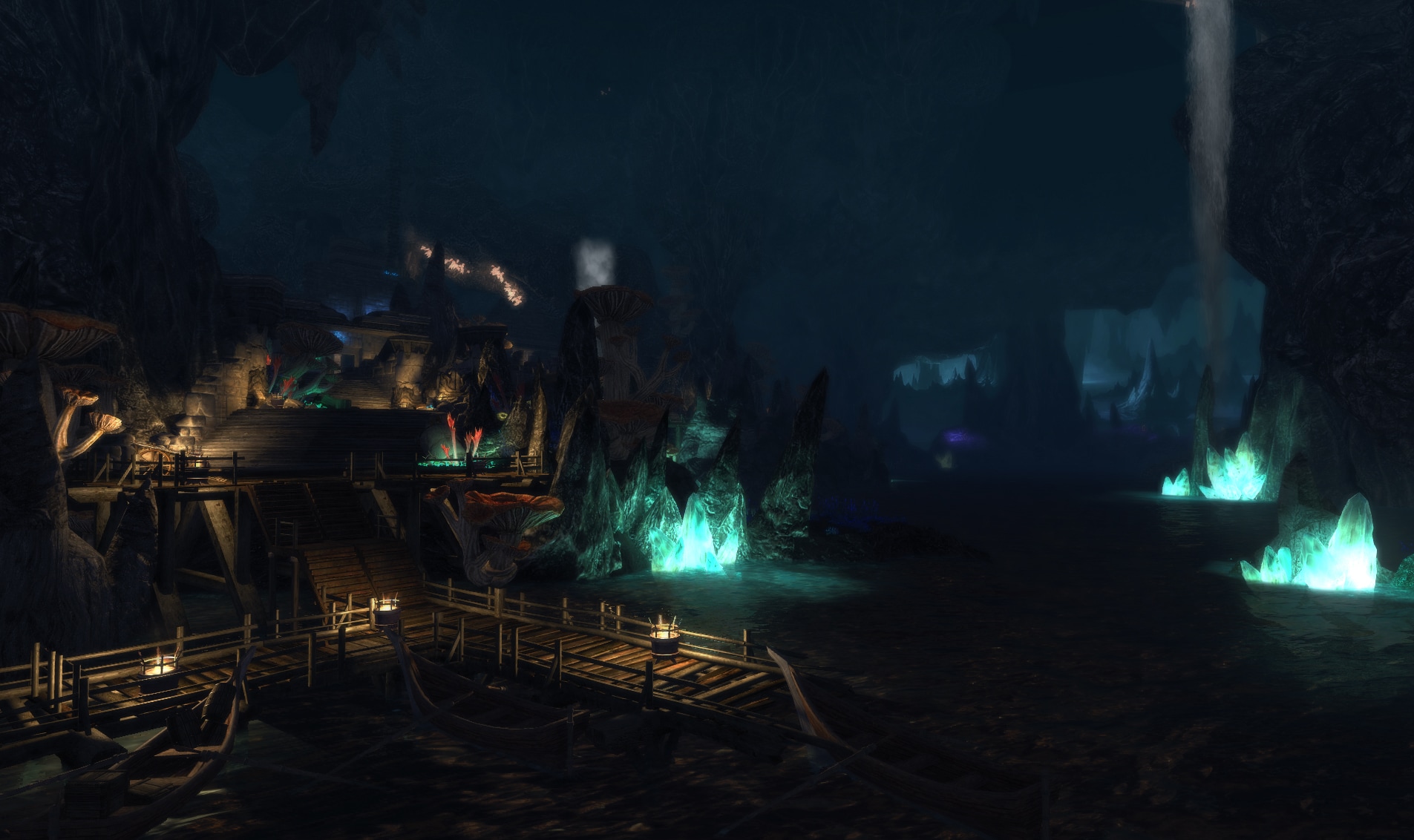 With the recent rise in demonic activity, even the merchants of Mantol-Derith don’t feel safe. Many are fleeing the trade hub to other parts of the Underdark further removed from the demonic incursions, or even the surface world. Heroes have started gathering at Mantol-Derith before confronting the greatest threat of all: Demogorgon, the Demon Prince.

Be sure to check out Mantol-Derith in our upcoming Neverwinter: Underdark expansion!