A forgotten civilization has been reclaimed by the jungle, its large temples and great wealth fading into the undergrowth. The first adventurers to set foot in these lands for generations will be met by terrifying beasts guarding long lost treasure awaiting the bold. Behold, the Soulmonger’s Lockbox!

This lockbox will be available in the game on February 27.

To open the Soulmonger’s Lockbox, you’ll need an Enchanted Key. Keys are available from the Zen Market or, if you’re a VIP member, you get one new key for free every day. One culture rode fearsome Tyrannosaurs into battle, another chose a more hardened beast. The Legendary War Triceratops is a massive creature, sturdy enough to withstand anything the jungle can throw its way.

This Triceratops serves as swift and unique mount to those who may discover it:

* Combat Power: Trample (Your War Triceratops charges into the fray knocking back foes and causing up to 15,000 damage to each target, based on your level.) 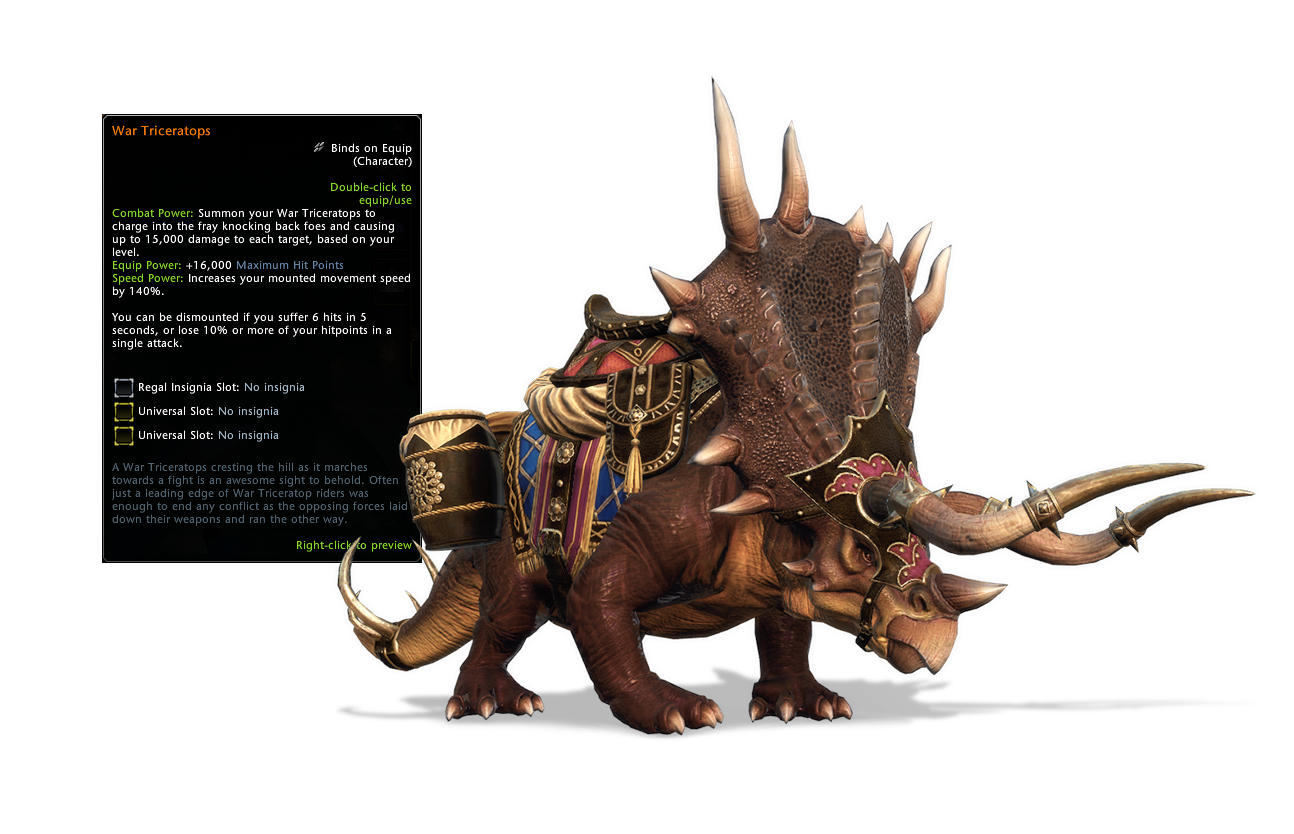 If a giant quadruped beast of war isn’t your style, the Soulmonger’s Lockbox also contains an Infant Gorilla augment companion. This cute little critter will follow close in toe as it plays with the butterflies and rolls around on the ground. It is so adorable that you will gain Movement and Armor Penetration just from enjoying its company. As always, giant dinosaurs and cute gorillas are not the only things hidden away in the lockbox. Several other packs can be found within:

The Soulmonger may be a powerful and awesome force, but fortunately for us all his lockbox is quite attenable. Grab yourself a massive Triceratops and try not to trample all of the forgotten temples in the Lost City of Omu!