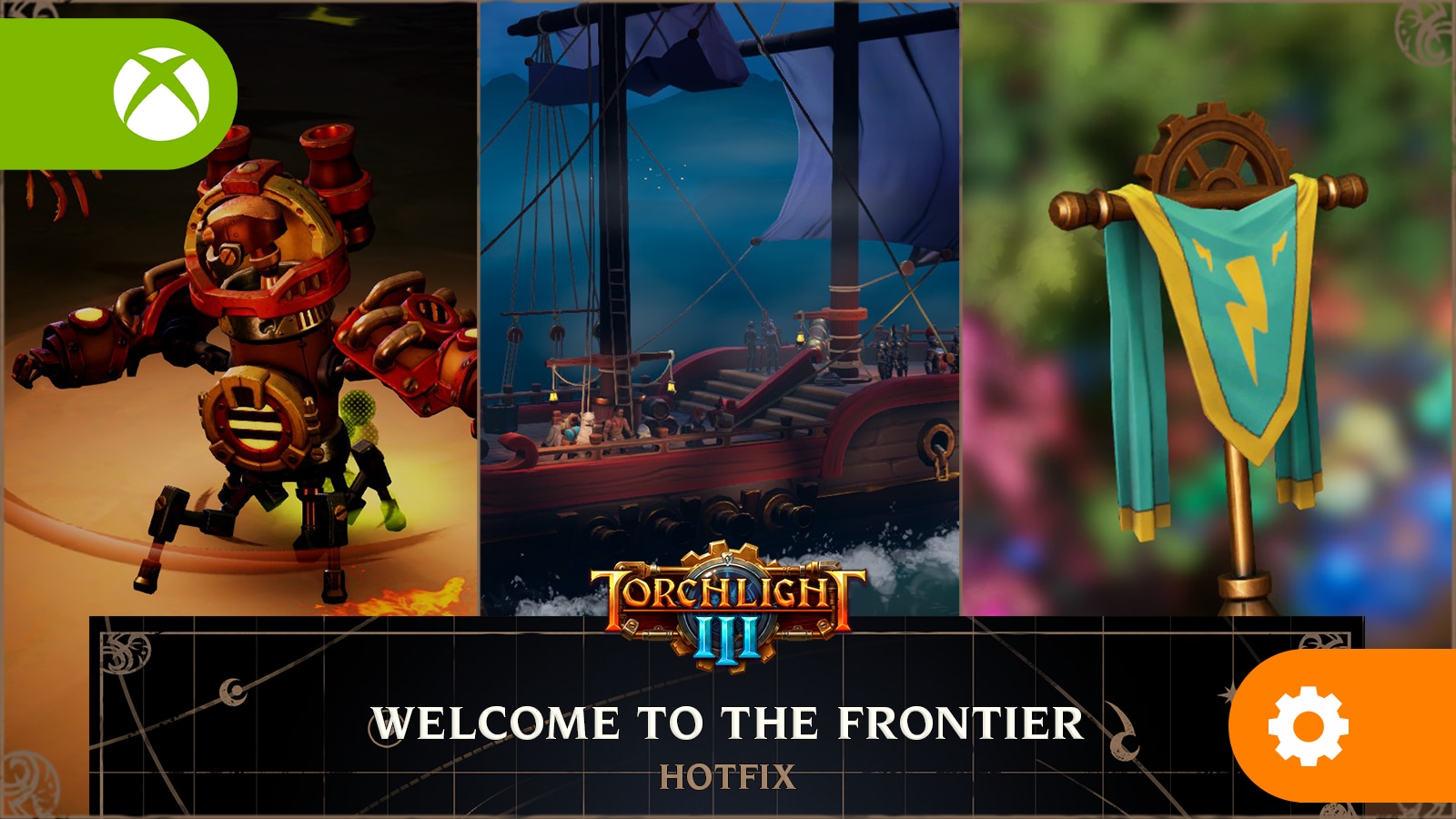 A quick hotfix this afternoon for Xbox One players. This update will resolve known problems with Singleplayer save files as well as missing enchanting recipes that have not been dropping properly.

Wardrobes will remain unavailable to Xbox One players until we can push the fix that will resolve the issue of Wardrobes inadvertently losing gear from players in Singleplayer. That update should be coming shortly!

• Fixed server crash if the hazard ends up invalidating itself in the status effect clear action.
• Fixed a server crash that can happen if a root motion occurred that ended up with a duration that was too short.

• Fixed an issue when members of a party are not within the same level, their party icon displays them as dead.

• Fixed an issue where the player is unable to see items within their fort after the fort is initially created.​

• Fixed Enchanting recipes are not dropping at post-campaign levels.

• Fixed an issue where open-world bosses would regenerate full health when the player moved away from the immediate area.

• Fixed the 'Chaotic Strikes' Tier 1 bonus that was not functioning.​

• Fixed the Scout's Bones Tier 1 bonus that was not granting an additional stack of the Precision Skill buff.
• Fixed Sharpshooter hair not always animating in Character Create.
• Increased fidelity on Sharpshooter walk to run blend for Controller stick.

• Fixed the Furnace Blast Tier 3 bonus that fails to function.

• Fixed the tier 3 of the Pound skill that fails to function.​